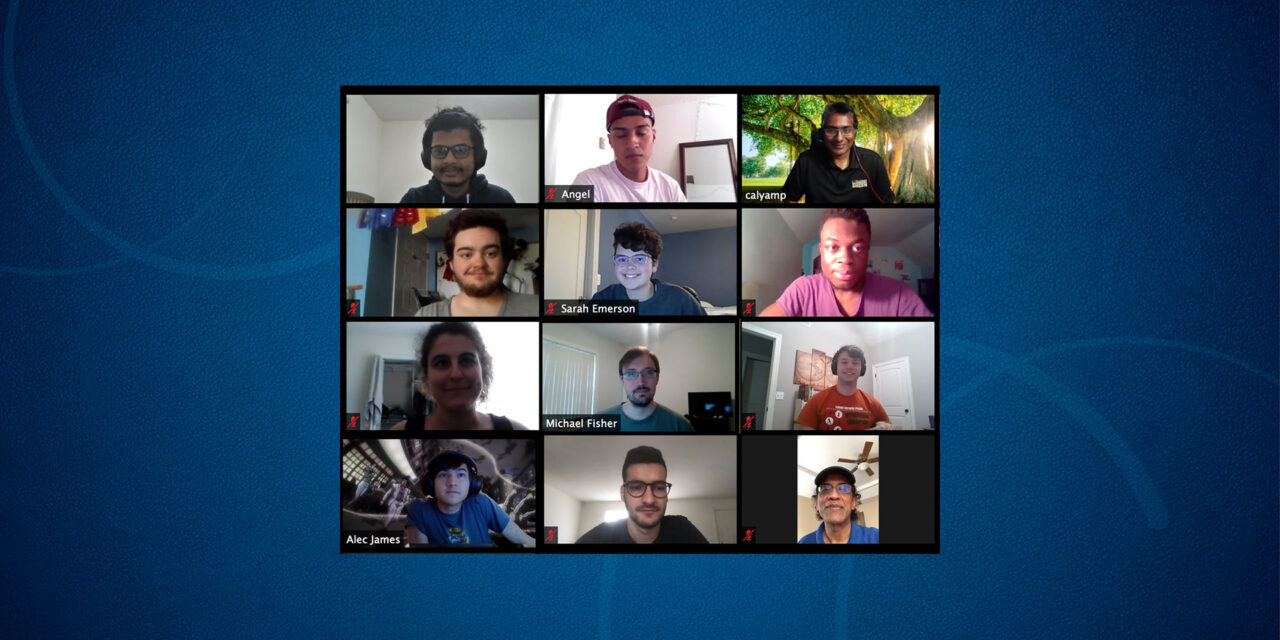 As our world continues to become more and more connected through technology, securing digital networks becomes increasingly critical. For the second time in six years, a Columbia College undergraduate is contributing to research that will further that goal.

Michael Fisher, a senior computer science major from Moberly, was one of 10 students selected to participate in this summer’s Research Experiences for Undergraduates (REU) program at the University of Missouri’s College of Engineering. The 10-week program is funded by a multi-year grant provided by the National Science Foundation (NSF).

The students, who came from colleges across the country, were divided into five groups and tackled various topics in consumer networking, including “deep fake” videos, cyberattacks on drones, and predicting fall risks in elderly patients. Each group was led by a Ph.D. faculty mentor and a graduate student advisor.

“Our focus is to provide opportunities for students like Michael to get exposure to research,” said Dr. Prasad Calyam, Mizzou REU program director and associate professor of engineering and computer science. “The NSF’s ultimate hope and goal is that REU students will go to graduate school, specialize in various fields and innovate for the country.”

Whether via an attack vector from a cybercriminal or simply due to poor network performance, Fisher and Falana analyzed network data to determine how best to combat the physical effects of cyber sickness, which often mirrors motion sickness.

Fisher learned about REU from his roommate, Andrew Woods ’17, who was an REU participant in 2015 and is now himself a Ph.D. candidate in computer science at Mizzou. “He helped make some of those connections for me, and helped me decide that this was something I wanted to do,” Fisher says.

Fisher noted that Columbia College’s Computer Science program continues to pump out a consistent pipeline of high-quality alumni. While initially concerned he might not have the ability to keep pace with his peers from much larger schools, Fisher instead found that the foundation laid by his instructors at CC was precisely the cause of his success at REU.

“I just cannot evangelize the department that we have at Columbia College enough. When I went to Mizzou and I’m working on par with this person who’s about to defend her Ph.D. and this guy who has been working in the industry that’s working on his master’s, I realized that I can work with them. I’m not out of my depth at all, and that’s such an incredible feeling. I had never written a single line of code before I got to CC, and now here I am.”

Calyam shared Fisher’s praises. “He’s in the top 10 percent of undergraduates that I’ve worked with. He’s very motivated, very organized, has excellent communication and got things done. He was a great example for all of the other students.”

Fisher credits his professors, particularly Associate Professor Dr. Yihsiang Liow, for his education. “He focuses on the hows and whys behind computer science. You start with very low-level concepts to understand how computers “think,” then build up to higher-level concepts that approach how we as humans think.”

For his part, Calyam is hopeful Fisher and Woods’s experiences are only the beginning for his program. “I have only good words to say about Michael, and I hope that we can get more CS students from Columbia College to apply in the future.”