Family, faith and following through 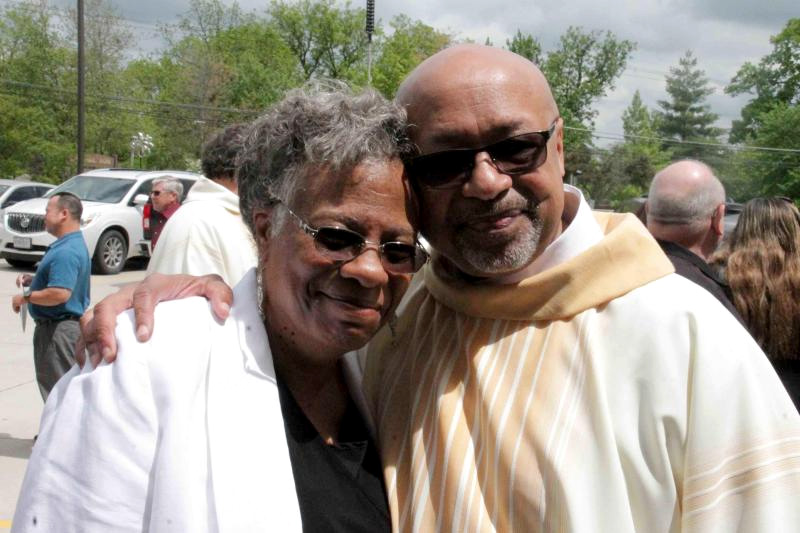 If you were to have asked a young Bill Seibert where he’d be in 40 years, he wouldn’t have had the answer. He could have guessed a retired law officer, a leader, a mentor, a philanthropist or even an ordained deacon. But as a 20-year-old, Seibert had not yet realized his full potential.

Seibert first came to Columbia College in 1972 on a partial drama scholarship. He loved college life and is the first to admit he didn’t have his priorities straight. “I didn’t make it through the first time around,” he admits. “I flunked out in Year Three.”

So instead of school, Seibert worked two jobs and a year later married his sweetheart, Rachelle. He got his big break when he joined the Missouri State Highway Patrol in 1977, which led to an impressive 30-year career in law enforcement while he and his wife raised three sons.

It was after their boys were confirmed in the Catholic Church, a promise he made to his wife who grew up Catholic, that he felt it was time to “go all in” when it came to his own faith. He converted to Catholicism in 1996, a journey that would open even greater possibilities in the future. While he had found success in his career, Seibert always felt something was missing. He re-enrolled at Columbia College in 2005, but once again, a job took him away from school.

Seibert retired as the assistant superintendent of the Highway Patrol, where he was responsible for daily operations of the 2,300-person agency, when former Missouri Governor Roy Blunt appointed him to the Board of Probation and Parole. Ultimately, he missed law enforcement, and when he was offered the role of deputy chief in O’Fallon, Missouri, it came with one important stipulation – he had two years to finish a college degree.

Once again, Seibert called up Columbia College, this time enrolling in online classes through the college’s location in St. Louis. He transferred credits from previous sessions and took classes two at a time to earn a bachelor’s degree in General Studies with an emphasis in Business.

“Deep down, I knew it was something I wanted to complete,” Seibert says. And he did so with ease, except for a particularly troublesome course that resulted in a hard-earned C. “There was nothing basic about Finite Math. Wow, that was something I didn’t want to do every day. Those are the things you look back at and sigh. I’m proud of that C.”

Seibert recalls the algorithms and graphs he charted on a Texas Instruments calculator – something he doesn’t want to do again – but his son excitedly borrowed the calculator to complete his own studies in engineering school.

Seibert’s wife, who finished her undergraduate degree in 2005, insisted he celebrate his accomplishments. The entire family – Bill, Rachelle, their three boys and grandson – attended the December 2009 commencement ceremony at main campus to watch Bill receive his diploma. “To have been out that long, it seemed especially important to my youngest son for me to finish,” he says.

As a new graduate, Seibert ordered a Columbia College Alumni license plate frame that he has moved to every car he’s owned since. He’s proud to showcase the “fancy” blue frame with gold letters of his alma mater against any school. “CC gave me a chance in ’72 and when I came back in 2005, they gave me a chance again. It meant a lot for me to go back to the same school and get my degree where I started.”

Degree in hand, Seibert focused his new-found understanding of the business world into a job at the Missouri Gaming Commission, first serving as deputy director for nearly five years followed by four years as executive director.

The Missouri Gaming Commission oversees a billion-dollar gambling industry that regulates the state’s 13 casinos and any entity related to gambling in Missouri. “The enforcement arm of the gaming commission is part of the Missouri State Highway Patrol,” he explains. “Missouri troopers work every gaming casino and perform background checks on all companies and personnel who work for the casinos.”

It was during this time that Seibert connected with Mitch Gosney ’13, a development officer in the college’s Advancement division. Gosney recommended that Seibert participate in Speed Networking, a career-focused networking event for Columbia College students to meet alumni professionals.

“Bill is Columbia College,” Gosney says. “He was a traditional Day student and an adult leaner at our nationwide locations. Now he is giving back, both as a leader in philanthropy and as a leader in helping our current students to better themselves as they prepare for their desired careers. You really can’t ask for more.”

Seibert appreciates the regular contact he has with college staff. “When the Alumni Association reached out, I was so proud of CC that I thought, ‘Whatever I can do to help, I’ll do it,’” he says. He has volunteered twice for the Speed Networking social and enjoys meeting the students, seeing how intelligent they are and that the school continues to provide the tools they need to succeed. He is also an inaugural member of the Cornerstone Club that launched in 2018, which includes an annual $1,000 philanthropic donation to the Columbia College Fund.

Seibert’s deep faith inspires him to do good for his community, so much so that he answered the call to become an ordained deacon in the Catholic Church. After five years of training, he joined the clergy in 2019 and leads monthly sermons at Immaculate Conception in Jefferson City. He is the religious liaison for Lincoln University and the assigned deacon to the Adrian Group, which ministers to the local prison staff.

With the breakdown caused by today’s social and political climate, “it hurts to see how much is going on from both sides that doesn’t involve God and that keeps everyone so angry.” Seibert feels the constant tug from the different aspects of his life, especially as a black man who served in law enforcement for over 30 years, but his respect for all created in the image of God keeps him grounded.

Now retired from the gaming commission and giving his time to the clergy, he has time to reflect on the last 40 years. His framed college diploma is displayed in his home office, a symbol of all he has done. “It makes me stop and remember it’s not a dream. I did that.”