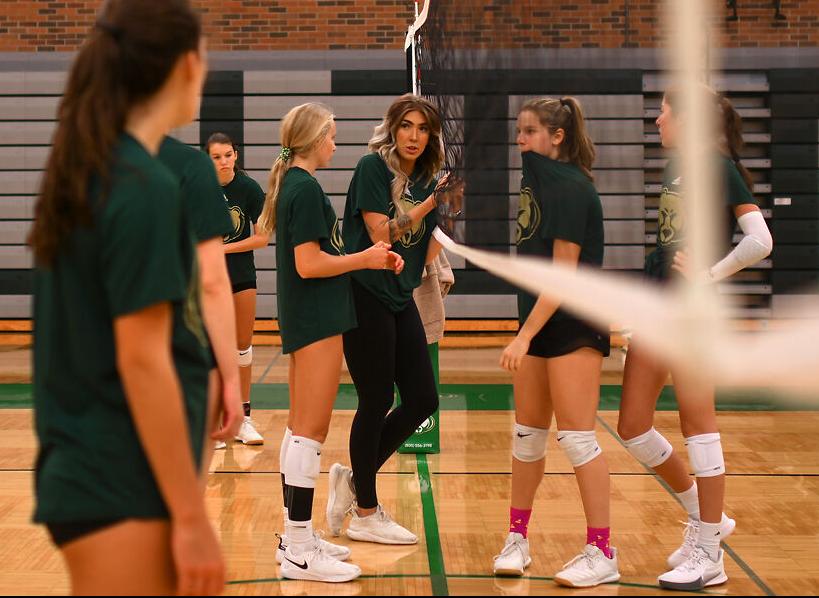 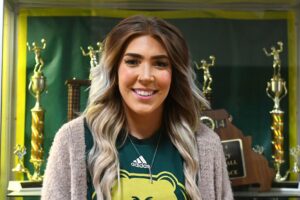 The pressure was on through the first two sets of Rock Bridge volleyball’s senior night match earlier this season. In a best-of-five match, the Bruins faced elimination after dropping the first two sets against the Camdenton Lakers.

As they went into the huddle, coach Nicole Murphy, a 2012 graduate of Columbia College, was audibly frustrated. She could hardly sit still. As her girls hung their heads, she let it be known that she didn’t want to pack up after the next set. She spoke with conviction in her voice.

“We started the game flat; that’s why we’re down 2-0 right now,” Murphy said. “We’ve worked too hard these past two seasons to disappoint our seniors on their senior night in our gym. If there’s ever a time to rally for your seniors, now is that time!”

Murphy’s Bruins went on to win the remaining three sets and light up the crowd, taking home a win on their senior night. She shined in a Bobby Knight-esque moment, minus the chairs. As great of a coach as she proved to be that night, it wasn’t always that way.

READ MORE: How a former player has turned Rock Bridge volleyball around in a year