Seamon ’12 Continues to Give Back to Community 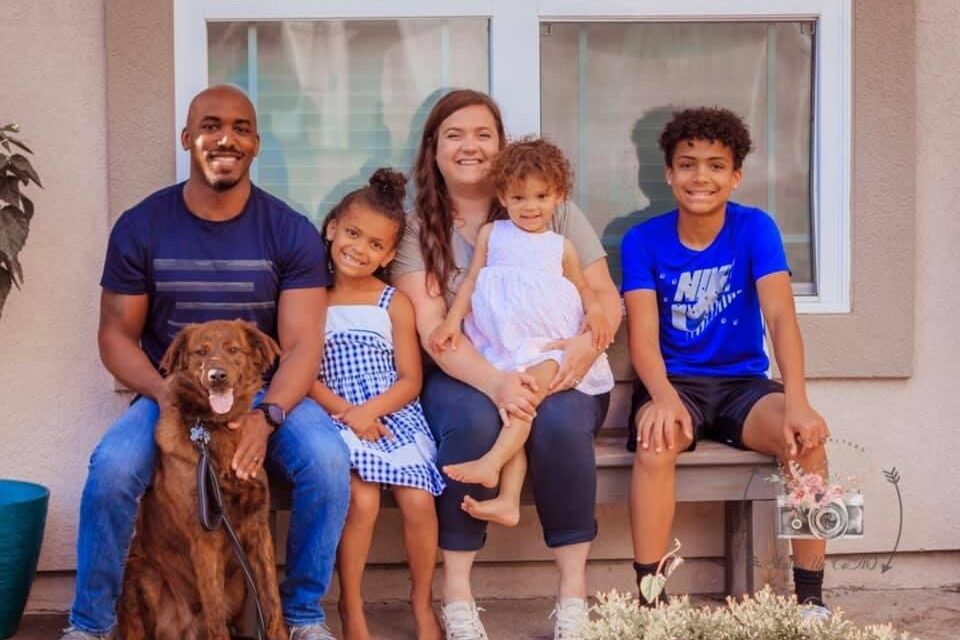 David Seamon ’12 answers the phone with a joyful “Good morning!” making it hard to believe he has just worked an overnight shift, supervised his daughter’s first Zoom class of the day and is preparing for the next lesson as we speak. This is the new normal, and Seamon is leaning in with the unwavering positivity he brings to every aspect of his life.

Like all parents in 2020, Seamon is balancing unchartered territory in an effort to provide for his family and ensure the best educational opportunities for his children during a pandemic. The 31-year-old also happens to be in his first year as an elected representative to the Columbia Public Schools Board of Education.

“There’s a rumor around the board that I don’t sleep, but I do,” he says. Sure he does, about five hours a day.

Seamon joined the board in June, just two months after the school district closed in an effort to slow the spread of COVID-19 in Columbia, Missouri. The committee quickly shifted from everyday issues to asking, “How are we going to do this?”

The response has been tough. The board has received its share of emails and phone calls from frustrated parents, “but it’s because they want what is best for their kids,” Seamon explains. “Our teachers are doing a great job. Just because [our kids] aren’t in the physical classroom doesn’t mean they aren’t getting a quality education.”

Seamon and his wife, Nicole, have two children in Columbia Public Schools – a 13-year-old son, a 7-year-old daughter – as well as a 3-year-old daughter. He admits the difficulties of virtual learning, but he is amazed at how well his children have adjusted and to the level at which they perform. They especially have him beat when he comes to technology. His daughter can pick up the iPad, and faster than he could turn it on, she has opened six apps and sent messages to her teacher.

“It’s been a bonding opportunity to watch them learn,” Seamon says. “We have this extra eight hours a day when they normally be at school for me to talk to them.”

Seamon values this time even more as he looks back on his own childhood. In 2006, high school sweethearts David and Nicole found out they were expecting their first child. It was the summer before their senior and junior year of high school, respectively, and just two months after Seamon lost his father to a short battle with cancer on Father’s Day.

Life was coming at him fast, but Seamon remembers that teenage feeling of invincibility, that everything would just work out. “Then you start to realize that you are a child yourself and you have this whole new responsibility,” he says. “There’s this person that you have to raise to be a productive member of society, and I don’t know how to do that myself at this point.”

Fortunately, he had the support of his family, counselors and teachers to get through the early days. Both he and Nicole finished high school on time and continued their educations. She is a registered nurse, allowing them the flexibility to take on new adventures as a couple.

Seamon original signed up to run track at the University of Missouri, but quickly realized it wasn’t the right path for him. He took classes at the local community college before transferring to Columbia College to complete a bachelor’s degree in General Studies with an emphasis in History. He especially enjoyed political science courses taught by Dr. David Roebuck and Dr. Brian Kessel.

Since graduating, Seamon and Roebuck, now vice president of Academic Affairs and dean of the faculty at Westminster College, have kept in touch. “David has a keen mind, a quick sense of humor and a firm moral compass,” Roebuck says. “He is loyal to his family, his country, his friends and his community. He has a great deal to offer the world.”

When their son, Drevyn, was 6 years old, the young family packed up a U-Haul and a moved to the east coast for Seamon to join the U.S. Marine Corps. Seamon remembered the connections his father and grandfather made when they met fellow Marines and he wanted to be a part of that brotherhood.

Over the next four-and-a-half years, Seamon served as a logistics officer. The work was demanding and he was surprised when people saw him in uniform and wanted to thank him for doing what he considered to be his job. “You tend to forget that people look at you in a special light when they find out you are a Marine,” he says. “I forget that it is something other people aspire to be.”

The experience allowed him to strengthen his bond with his grandfather, who lives in his home state of South Carolina. He welcomes the “long-winded” military stories that his grandfather now shares, an opportunity lost for Seamon and his late father.

Seamon proudly lives the Semper Fi motto of the Marines, the former commissioned officer returned to Columbia in 2017 and today, he continues to serve others. He didn’t want to wait until he kids were older before taking on new challenges. He first put his hat in the local political ring by running for Boone County Presiding Commissioner. While he lost in the primary, he appreciated the opportunity to see up-close how things worked in the community, and it led to his running for the school board last year.

Since launching in 2017, Columbia College has partnered with Columbia Public Schools in support of the CoMo Ed Scholarship. As part of district’s “Growing Our Own Teachers” program, it is designed to increase the number of minority teachers in Columbia. Selected students receive a full scholarship to college and are guaranteed teaching positions in the district after graduation.

Seamon is a big proponent of the program that champions educators with a personal connection and built-in sense of pride to the schools in which they are teaching. In fact, he regards teachers as superheroes. “It’s like being introduced to Wonder Woman for the first time, but her origin story has been established and she already understands how special she is.”

When it comes to making his community stronger, Seamon is all in. “This isn’t a side gig where I say ‘I’m on the school board,’” he says. “I want to put my full energy into it.” And energy he has. The former high school athletes stays in shape and is focused on family. “I’m watching my son play football and working out so that I can say I’m faster than he is. That isn’t going to last long.”