Honoring an American hero and a CC legend 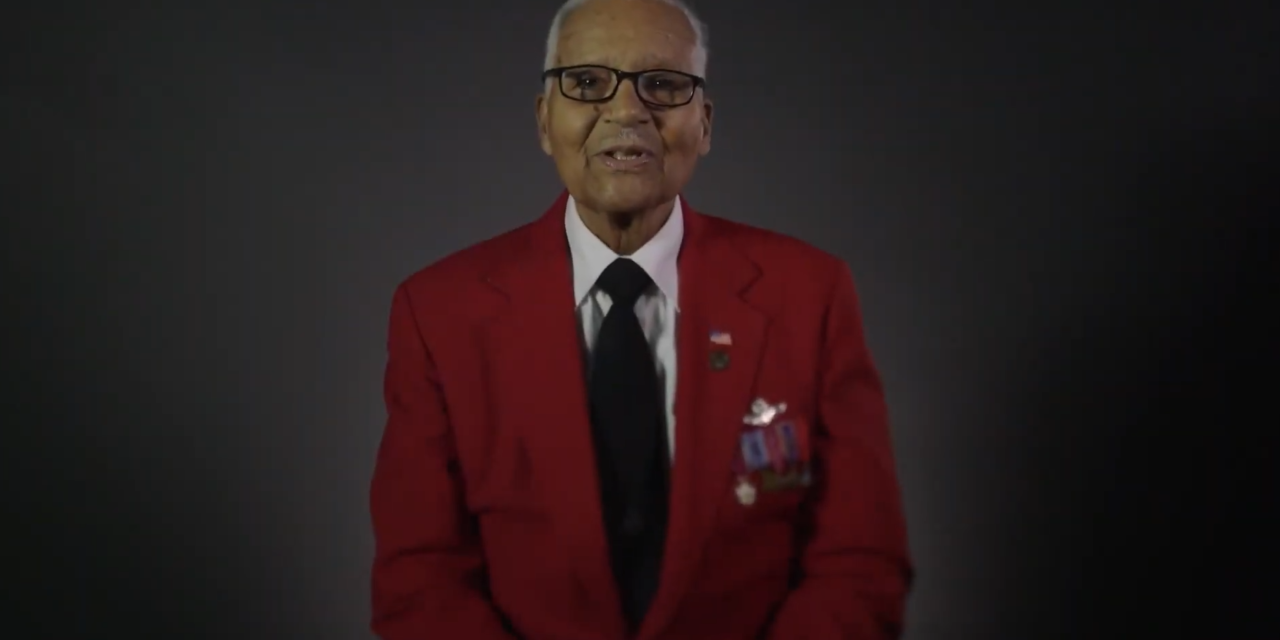 Under nearly any other circumstance, a 101st birthday would be a big enough deal. When you’re an American hero, it’s only half the reason to celebrate.

On Monday, Columbia College both formally dedicated the Brig. Gen. Charles E. McGee House as the new home of the Ousley Family Veterans Service Center and rededicated the college’s commitment to its military-connected students.

The 2,000 square-foot facility on North Eighth Street has been open and serving CC’s student veterans, active-duty, reserve, spouse and dependent students since February – and almost exclusively virtually since March. Monday’s dedication was truly the official coming-out party for a building that is both functional and a testament to the life of Gen. McGee.

The North wall of the first floor contains numerous pieces of military-themed artwork and a pair of display cases filled with memorabilia. Among them are several personal items from Gen. McGee’s life and career, and they focus on his pillars of family, faith, fraternity, service and scouting.

“We wanted this space to serve as a museum-quality tribute to Gen. McGee and all our veterans, and offer an opportunity for everyone who visits to learn more about our heroes,” said Associate Vice President, CCG-Military Rob Boone, who oversees the college’s operations at its 18 location on military installations.

As a 26-year Army veteran, Boone has long been aware of Gen. McGee’s legacy as one of the Tuskegee Airmen, and personally donated several items for the collection, including a painting depicting the Son Tay prison raid hangs above a couch; a book chronicling the raid sits on a nearby table for visitors to read. Another painting donated by the college, which includes several iconic “Red Tail” P-51B Mustangs, including McGee’s famed “Kitten,” named after his wife, hangs on the East wall. A replica of McGee’s Congressional Gold Medal, awarded by President George W. Bush in 2007, is inset into the frame.

A 1978 graduate of the college’s Kansas City location, McGee earned his degree after a long and dedicated military career that spanned World War II and the wars in Korea and Vietnam. At the time of his retirement, McGee held the Air Force’s records for most combat missions (409) and combat hours (1,151) flown. He later was awarded honorary doctorate degrees from both Columbia College and Bethany College.

Dr. Marcus Cox, a professor of history at Xavier University of Louisiana and, like Gen. McGee, a member of the Alpha Phi Alpha fraternity, gave the ceremony’s keynote address.

Cox once served as an adjunct professor at Columbia College’s former location on Naval Weapons Station Charleston, and provided an overview of the numerous injustices African-American soldiers experienced within their own units. “Though African-American soldiers during World War II experienced racial discrimination, violence, oppression and social injustices that racial minorities experienced in the U.S. throughout American history, World War II reflected a pivotal moment in American history. Clearly, the 1940s reflect political and social change in a number of significant ways.”

Acting President Dr. David Russell, who is also the chair of the Board of Trustees and earned a Purple Heart as a retired Army lieutenant colonel, summarized Gen. McGee’s stellar life of service. “Throughout his life, he has epitomized the servant leader who develops individuals entrusted to his care, demands that they strive for perfection in all that they attempt, and teaches them to view impossible missions as just another opportunity to excel.”

As Dr. Russell pointed out, the college’s relationship with the education of America’s servicemembers spans nearly 50 years, dating back to becoming one of the first institutions to offer instruction on a military installation. Today, Columbia College educates well over 7,000 military-connected students, and all have access to the support services offered in the expanded Ousley Family Veterans Service Center.

If you would like to show your support for Columbia College’s very own hero, you can make your gift now to support the Brig. Gen. Charles E. McGee House, the new home of the Ousley Family Veterans Service Center.

“This is a project that I’ve been working on for nine years,” said Senior Director of Military and Veterans Services Keith Glindemann, who is a 24-year Army veteran himself. “We’re proud and grateful to have a space that gives our military-connected students room to be comfortable in whatever they need to do, whether that’s process through their benefits with our certification officers, study, or simply hang out and continue building the comradery they’ve had during their service to our country.”