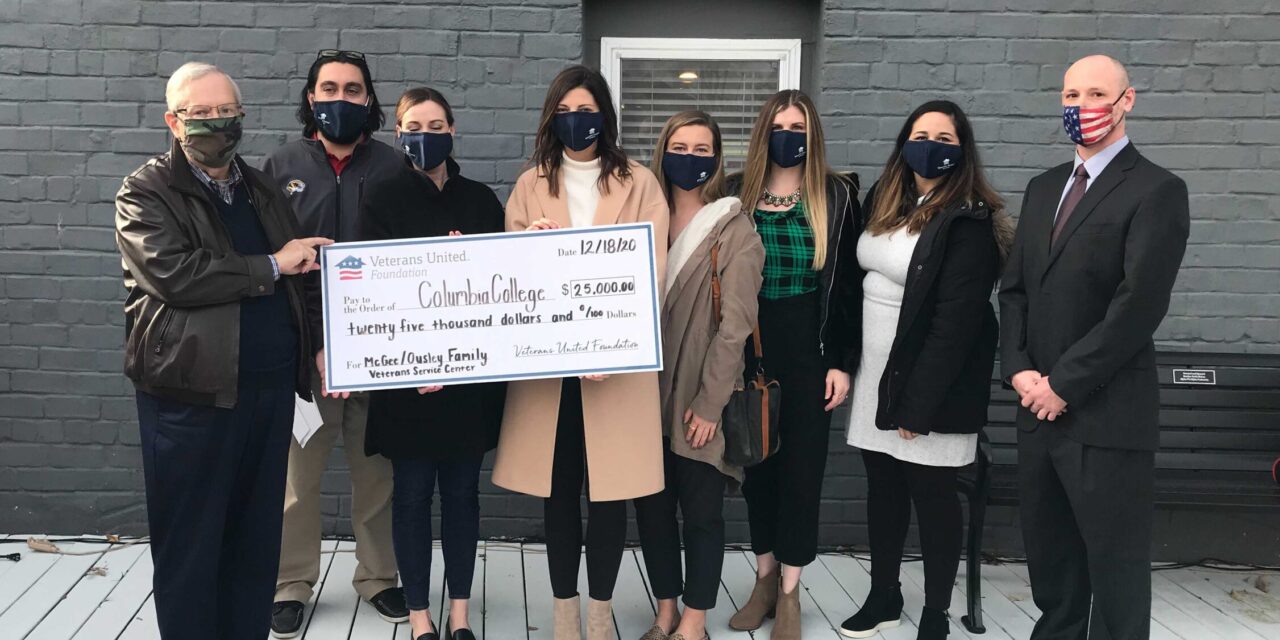 This space will serve as a hub to host programming and further build camaraderie in the college’s military student community. The college served 6,500 military-connected students in 2019 and 18 of its 36 locations around the country are on military installations.

“On behalf of our entire college family, I would like to thank the Veterans United Foundation for this generous gift that will benefit our students for generations to come,” said Columbia College Acting President Dr. David Russell. “Whether it be the dream of buying a new home or the desire to help veterans earn a degree, Columbia College and Veterans United share the common goal of serving the men and women of the United States Armed Forces at the highest level every day.”

“We are very pleased to take this opportunity to support Columbia College in their efforts to honor an American hero such as Brig. Gen. Charles McGee,” said Brian Nelson, a Veterans United staff member and a 2015 Columbia College alumnus. “By expanding the McGee House, Columbia College can improve the lives of veterans and military-connected students.”

Veterans United is the No. 1 employer of CC alumni with 234 graduates working for the company. The two entities have partnered on other initiatives since 2017. Through the current partnership, Veterans United offers Columbia College students, faculty and staff veterans the opportunity to utilize the company’s Home Buyer Select Program, which offers savings on the total amount of their home loan. Columbia College is also offering a tuition discount to Veterans United’s borrowers, employees and their spouses.

Founded in 1851 in Columbia, Missouri, Columbia College has helped students advance their lives through higher education for nearly 170 years. As a private, nonprofit, liberal arts and sciences institution, the college takes pride in its small classes, experienced faculty and quality educational programs. The college, accredited by the Higher Learning Commission, has more than 30 locations and offers day, evening and online classes. Columbia College educates thousands of students each year and has more than 94,000 alumni worldwide. For more information, visit ccis.edu.