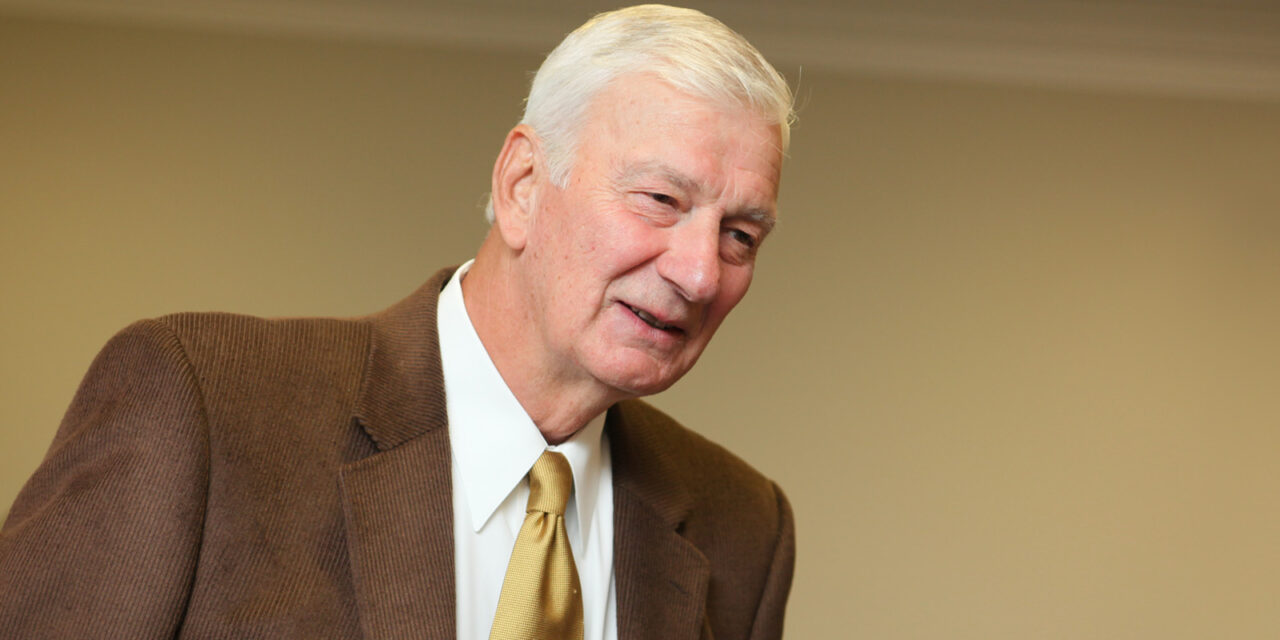 “Serendipity” is the word that comes to mind for Anthony Marshall, Ph.D., when he reflects on his career. The business administration professor emeritus and former department chair of what was then known as the School of Business Administration says he always knew that he wanted to teach at a college.

“It’s been a culmination of a lifelong dream to become a professor for a college in the Midwest,” he says. “Luck, good fortune and education all helped to point me in the direction of fulfilling that goal.”

In more than 25 years as a professor at Columbia College, he taught his students the importance of education in opening up life’s possibilities.

Joe Dubinski ’96, partner at Bryan Cave Leighton Paisner LLP in St. Louis, was one of those students. He had started his business degree before taking several years off. He says Marshall helped encourage him to finish the degree, which led to him graduating with a law degree years later.

“During that time, I often found myself visiting his office to have conversations about life and the business world,” Dubinski says. “Those talks helped me to decide what I wanted to do in life.”

That encouragement and support led Dubinski to establish a scholarship in Marshall’s honor years later. The Dr. Anthony S. Marshall Scholarship Award in Business Administration is presented each year to one student pursuing their business degree. Since the award was established, 18 alumni, faculty and staff members have made contributions to the scholarship.

Dubinski says when he became partner in his law firm, he wanted to find a way to show his appreciation. “I approached Columbia College to start a scholarship in Marshall’s name and they helped to work out the details,” he says. “The idea was for it to be a thank-you gesture for all he did in providing guidance.”

During his years at Columbia College, Marshall helped guide students and provide insight into his own experience in higher education and the corporate world. Years before, Marshall had worked in marketing planning and sales for Ford Motor Company before entering higher education.

While he enjoyed his time at Ford, Marshall says he knew that he would return to campus someday.

“At the time, I knew I wanted to be a professor,” Marshall says. “But I knew that this was a pretty nice way to get the experience that I would need in order to teach.”

He then accepted a job as vice president of First National Bank in Columbia. It was there that he got a call from Dr. Donald Ruthenberg, 15th president of Columbia College, asking him to join the faculty of the business school as chair of the department.

“It was serendipity,” Marshall says. “I met with him and he told me they wanted me to join, even though I insisted they interview me first. It led to one of the most fulfilling parts of my life.”

As chair of the department, Marshall taught classes and looked for opportunities for students to gain real-world experience. He led the Small Business Institute program at the school, where students worked with businesses to develop business plans and find solutions to challenges. He also helped develop the curriculum, making sure that students gained experience in quantitative analysis through classes like statistics.

Marshall, who retired in 2006, says he always realized how fortunate he was to get to pursue the career that he always wanted.

“Columbia College was a wonderful dream come true for me,” he says. “I used to run across the street to where my office was, because I couldn’t wait to get to campus.”

Marshall often encouraged his students to follow their passions as well and to take advantage of the opportunities they have. He says he was honored when he learned of the scholarship established in his name. “I’ve always thought very highly of scholarship awards for students in helping them to continue their education,” he says. “I hope that it will not only help to provide opportunities for them in continuing their education, but to help them gain confidence in their abilities as they pursue their careers.”

To make a gift supporting the Dr. Anthony S. Marshall Scholarship Award in Business Administration that will impact students for years to come, click here!