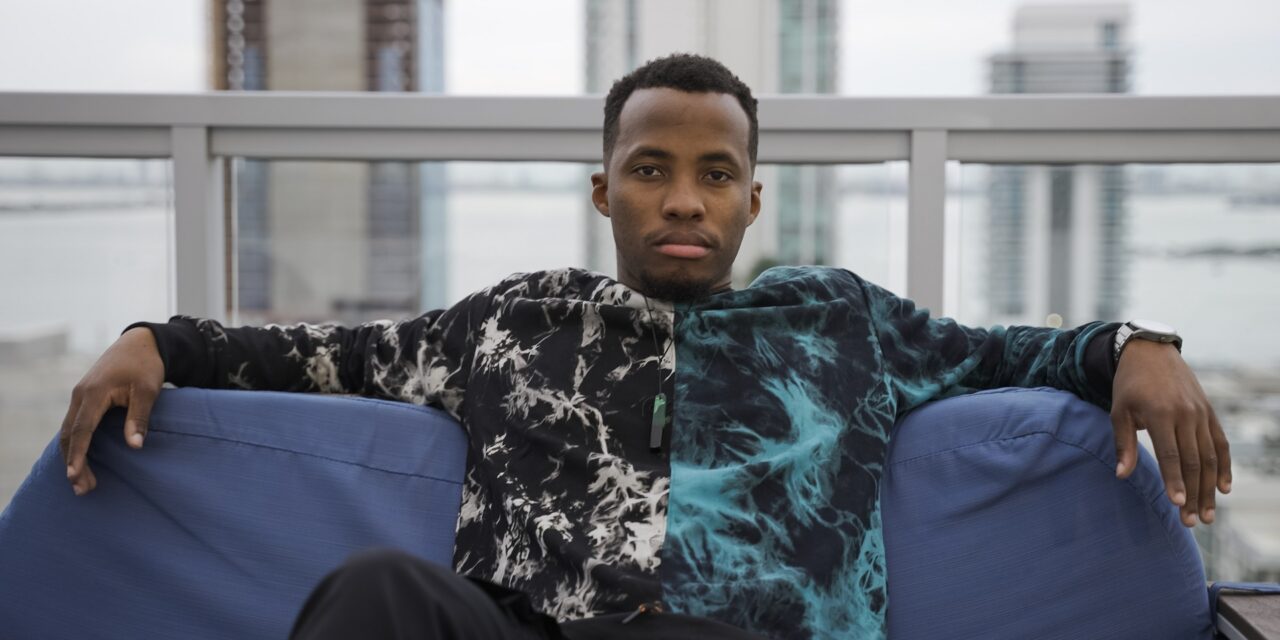 Pharon Pilgrim ’21 finds time to do it all

There are people who make their mark when you meet them, and Pharon Pilgrim is one of those people. He’s finishing his college education at Columbia College, just weeks away from graduating with majors in both innovation and entrepreneurship and marketing. But those degrees alone don’t define him. Pilgrim defies a singular description.

Originally from Curaçao, Pilgrim came to the United States to play baseball. He started at North Central Missouri State in Trenton, Missouri, then transferred to CC in 2019. Fast-forward to this Spring, and Pilgrim is focused on his internship with Cracked-Up Mobile, pitching for the Cougars during his senior season and taking six classes.

Listening to Pilgrim talk about his current endeavors and ideas for the future is bound to get people excited. He’s interested in a myriad of endeavors, from baseball to marketing, fashion and music. He is multi-talented and excited about the opportunities ahead. Especially music.

But music wasn’t always part of his plan. In fact, he notes that at one time, he couldn’t sing at all, until he prayed for a gift, a talent. That gift came. In the form of musical ability.

As Pharon explain things, in 2013, he went to a Christian youth convention where he prayed for a talent, so he could give back to God. While always a performer – he could dance and act – singing didn’t come naturally.

“But as soon as I was done worshiping and praying to God for a talent, he gave me the talent of singing. And ever since I started singing in church I was in the worship team and the choir and in 2017, that’s when my music career actually started.”

In the months before he was to leave his home island to play baseball in Missouri, Pilgrim wanted to show his mom his appreciation. As a Mother’s Day present, he wrote Mama and created a video for her.

“It wasn’t an attempt to get into the music industry,” Pilgram says. “It was a gift.”

Hear more from Pharon about being given the gift of song.

Then, immediately, his music video spread throughout Curaçao. He became famous on the island, asked to do interviews for newspapers, radio and TV.

After his taste of musical success, Pharon was hooked.

Now living in the States, going to college, and playing baseball, his music could only have his attention when he had time to return to Curaçao over breaks. He released a new song when he could, but he had people asking for more. Asking to be able to download. Asking where the “rest” of his music could be found. They wanted more. And he didn’t yet have it.

So, Pilgrim went to work, attempting to fit music in where he could. A perfect example: Pilgrim took a quick trip to Miami in November, logging into his virtual classes from a friend’s house near the beach. He had to find time to shoot his music video, and virtual classes gave him the opportunity to do both.

When discussing his latest release, Mi Tiempu, Pilgrim was excited to be able to write in English, rather than his native language (he speaks four languages, by the way). In the song he remembers his roots but also discusses the importance of making the move to the United States.

“I had to change my time zone. Get out of my comfort zone,” he sings.

Despite these lyrics, Pilgrim seems to be most comfortable when he’s around others, making people happy, whether that’s through customer service in his current internship, his performance on the baseball field or his creative outlets of music and fashion.

It doesn’t stop here for Pilgrim. He wants to continue with music after graduation, but he also really wants to create his own fashion line. He sees the symbiosis between the two – the way one can support the other.

Regardless of the path forward, music will always be central for Pilgrim. “It’s how I express my emotions.”

Stay connected with Pharon through his social-media channels: