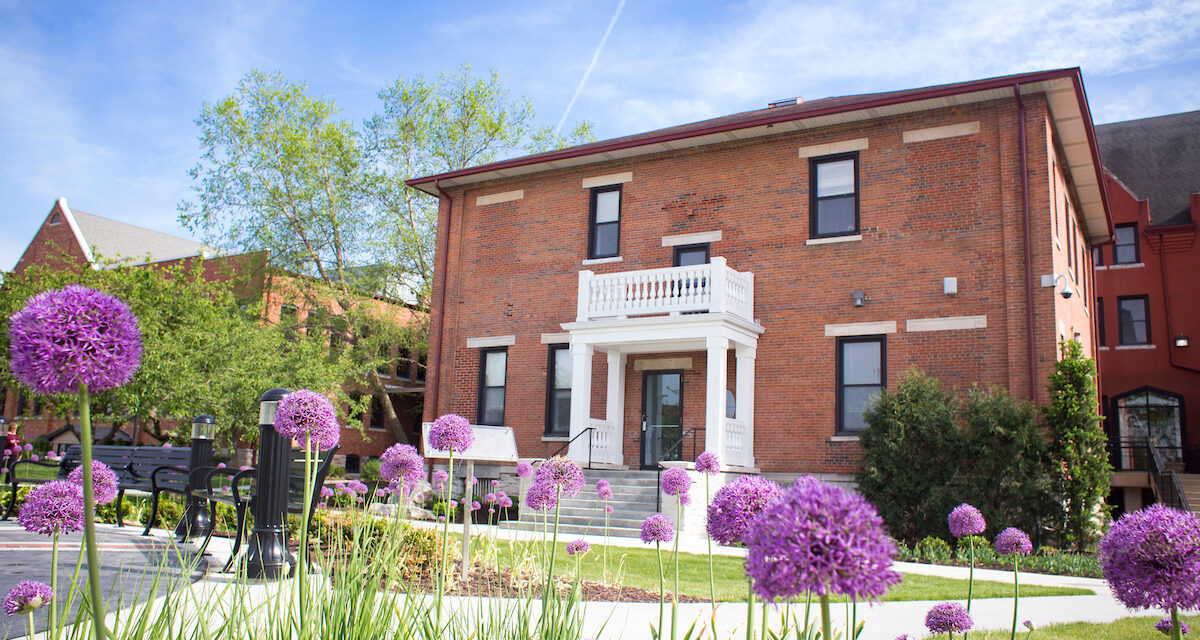 Editor’s note: While the academic year at Columbia College doesn’t conclude until the end of the Summer Session on August 21, today marks the official end of the 2020-21 fiscal year. In addition to writing on occasion, I’m also a bit of a data nerd, so I thought I’d take a glance at the stats from this past year to see the most-read stories on CC Connected.

First, some caveats: As a matter of full disclosure, it should come as no surprise that the most-viewed page on the blog is our home page, but we aren’t going to count that. Nor will we count the blog’s top-level category pages.

Finally, because everyone likes seeing their name in print, each semester’s Dean’s List is always a huge hit, traffic-wise. But it’s not really a story, per se, so we’re omitting those as well. So without further ado, here are the favorite stories – in chronological order – of the 2020-21 year. Enjoy. – KF

Russell named Chair of Board of Trustees

(July 1, 2020) The first story of the year came on the first day of the year: Dr. David Russell, who had served as a member of the Columbia College Board of Trustees since 2016, was elected by his colleagues to serve as its chair effective July 1.

(July 14, 2020) After five years serving in various roles at the college, including the previous two as provost and vice president for Academic Affairs, Dr. Piyusha Singh was promoted to Senior Vice President.

In addition to oversight of all of the college’s academic operations and Student Affairs efforts, the promotion expanded her role to include overseeing the departments of Athletics, Institutional Compliance, International Programs and the Office of the Registrar.

(August 13, 2020) For the fourth time since the college’s TRIO Student Support Services program was established in 2001, the college received a grant to help first-generation and low-income students, as well as students with disabilities, earn their degrees. The $1.38 million grant assists the 172 Day Program students expected to participate in the program each year.

(October 22, 2020) An anonymous donor gifted a collection of more than 360 photos made by world-renowned photographer Bruce Davidson to the college, with an appraised value of $1.2 million.

The landmark gift will certainly serve as an inspiration for art students for years to come, and students across many disciplines will benefit from the collection given the iconic photographer’s chronicling of society over the past 60 years.

(November 18, 2020; January 7, 2021) In November, Dr. Scott Dalrymple announced he was stepping down from service as president of the college, effective December 1, citing a desire to move closer to family in upstate New York.

Per the bylaws of the Board of Trustees, Chair Dr. David Russell was named acting president to provide continuity of leadership of the college. Russell was appointed interim president by the board in January while a committee conducts a national search for a permanent replacement.

(December 21, 2020) From the beginning of her time as a Christian College student to today, Daisy Grossnickle and her husband, Skip, have been longtime supporters of Columbia College. The greatest commitment has been nearly 40 years of service to the Board of Trustees, along with numerous contributions to scholarship programs. The latest gift involved a recent donation of athletic weight equipment to the college to expand the Cougars’ strength and conditioning options within the Koepke Fitness Center.

The legacy of the Rogers family

(January 19, 2021) Genie Rogers’ Columbia College roots go nearly all the way to the founding of Christian College in 1851, and the family has a history of guiding the college through challenging times. Her great-great uncle, Joseph Kirtley Rogers, was the college’s third president and kept the doors open during the Civil War. Her father, Hartley G. Banks Sr., was president of the college’s Board of Trustees for 23 years and presided over the change from Christian to Columbia College. And she herself is in her third term on the board while it navigated educating during a pandemic.

(March 17, 2021) He earned a double-major business degree in marketing and innovation and entrepreneurship, he’s a pitcher on the baseball team, and is interested in a myriad of endeavors. Yet it was a song for his mom as a Mother’s Day gift that has changed his path forward.

(March 12, 2021; May 1, 2021) Back in February, it looked like the pandemic was going to claim a third straight commencement from taking place. In March, the tide began to turn, and thanks to a generous offer from our colleagues across town, we were happy to change course. Two months later, we saw faces beaming underneath navy caps and silver tassels, like the one from Tyus Monroe (right).

A return to normal

(May 12, 2021) The year ended much differently than it began; officials announced in May that the college plans to resume full operations beginning August 9, including in-seat instruction on Main Campus for the Fall Semester beginning August 30.