McGregor searches for consistency in forensics 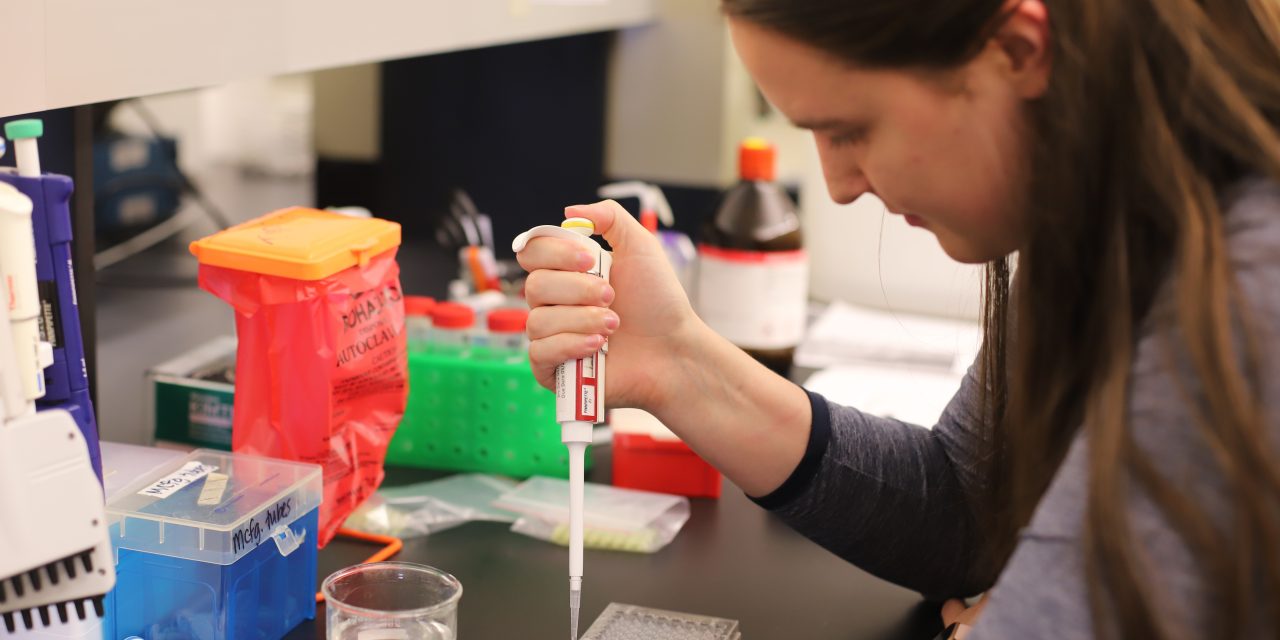 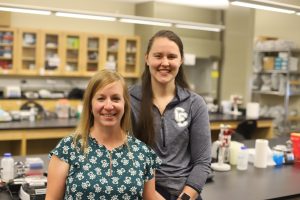 Madison McGregor’s educational path was forged by playing hooky, and that school-skipping road trip could someday impact the future of forensic science.

McGregor, a senior biochemistry major from Iowa, originally came to Columbia College to play basketball, but a series of injuries cut her hoops career short. She’s dived head-first into forensic science and is reaping the rewards of a field trip of sorts two springs ago.

In 2019, she attended the educational conference of the Missouri Division of the International Association of Identification at the Lake of the Ozarks as a guest of Associate Professor of Forensic Science Dr. Melinda McPherson. At that conference, McPherson and her students were enthralled with a presentation from Dr. Alicia Carriquiry, a professor of statistics at Iowa State University and Director of its Center for Statistics and Applications in Forensic Science (CSAFE).

“It was one of those presentations where you were just flabbergasted at how amazing it is,” McPherson said, recalling taking a break between sessions and walking around the hotel grounds with McGregor. “We were just dreaming, ‘Wouldn’t it be great if you could work with them? This is amazing, and we really need to get more involved in this.’ Fast forward a year and change, and it happened.”

McGregor landed an internship with CSAFE last summer as part of its Research Experience for Undergraduates, much like the one fellow Columbia College student Michael Fisher completed at the University of Missouri. During the program, McGregor researched the varying differences in testing procedures among 15 different laboratories around the region, specializing in firearms and tool mark examination.

Dr. McPherson, who performed research with CSAFE last fall while on sabbatical, explained that when you get your blood drawn at a hospital or clinic for a blood test, you don’t think twice about the processes the sample went through. The cholesterol screen a phlebotomist performs at Boone Hospital Center in Columbia is tested the same as one in Kansas City or Seattle.

In forensic science, only DNA testing has standardized testing procedures, primarily due to standards imposed by the FBI. There are no such standards for disciplines such as firearms, bloodstain patterns, and shoe and tire prints, meaning shoe-print evidence from a crime in Colorado could be analyzed with a different protocol than the same evidence collected from a crime in Missouri.

McPherson explained that these disparities could result in experts on opposing sides of criminal trials presenting different conclusions from the same evidence, and the vast majority of cases do not actually go to trial. Still, experts’ disagreements don’t generally lead to the plea bargain outcome. For a multitude of reasons, defendants might never see their day in court.

Using proposed procedures from the Organization of Scientific Area Committees for Forensic Science (OSAC) – which are administered by the National Institute of Standards and Technology – as a baseline, McGregor discovered that those 15 labs had an average of six differences out of 46 requirements. One lab had more than 17 differences out of the 46 parameters. [Last October, OSAC announced changes to its structure to make high-quality standards available to forensic laboratories more quickly.]

Now that McGregor has completed research on her first paper and noted the differences in firearms testing procedures, she has begun a second project with CSAFE to see what differences in standardization might exist in other disciplines. With established DNA testing standards in place, McGregor is researching standardized procedures for bloodstain pattern and shoe/tire-print evidence to determine if specific criteria are utilized more frequently than others. She credits McPherson and Columbia College for where she is.

“I love the science department. I think the professors all do a great job of working with us, getting us the help we need and trying to advance us. Dr. McPherson is amazing. She’s always trying to find opportunities for us. She wants to put us in positions to be successful.”