From superfan to business leader, Jay Sparks ’99 has always championed others 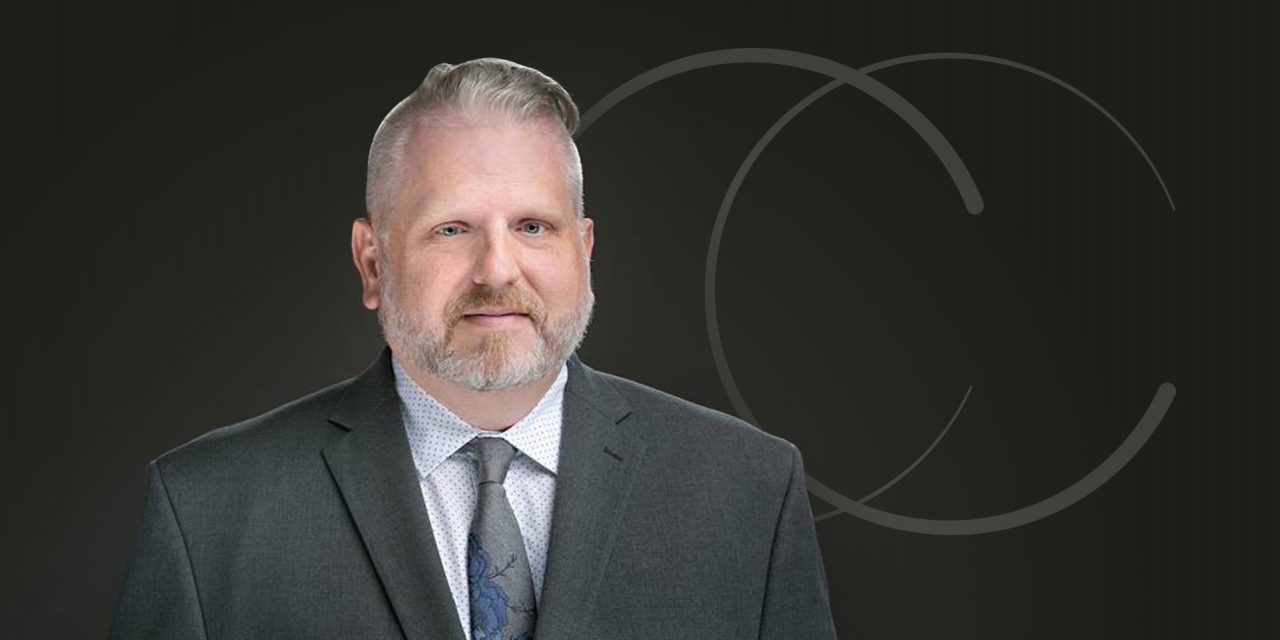 A curious learner, a superfan, a bartender and a business leader all walk into a bar. The four have been fast friends, because they’ve all enjoyed the common thread of connecting ideas and people together. Jay Sparks ’99 knows all of them, because he’s been all of them.

Sparks came to the Day Program in 1995 as a studio art major and was part of the first class to, as he put it, “smear paint all over Brown Hall as it opened.”

As a Missouri high-school student who was exposed to Thomas Hart Benton’s historic influences thanks to field trips to the Capitol in Jefferson City every year, “it was amazing to roll right into [Benton’s assistant and longtime CC Art professor Sidney Larson’s] art drawing class and know this lineage that you were stepping into.”

Yet his curiosity diverted his academic path, migrating through four majors in four years before graduating with a Bachelor of Arts in Independent Studies (BAIS) in philosophy. Along the way, his love of sports has kept him a fan of Cougar Athletics, whether as a face-painted, Viking-helmet-wearing student superfan, or most recently as an early supporter of the nationally ranked eSports team.

Between starting companies, professional organizations, or joining in on projects, Sparks credits his time at CC for fostering his thought processes throughout his adult life.

“I always tell everyone that the BAIS is the best possible allegory for who I am and my road map. On advising day, I would literally walk up and down the halls and just knock on doors and be like, ‘What do you teach? Do you want to teach a philosophy class? Let’s make an independent study class. This sounds fun!’ And that’s kind of how I ended up living my life.”

Bartending was just a way to pay the bills (“when you have a philosophy degree, I guess that’s part of the career path”) and a vehicle for winning bar bets (Do you have your own IMDb page? Can you draw the map of the United States and each of its states on a napkin?), though it also provided solid networking for his current job.

As entrepreneurship coordinator for Regional Economic Development Inc. (REDI), Sparks helps mid-Missouri business owners with whatever issues come up in their operations. Whether the need is connections, information, guidance or other resources to succeed, Sparks’s role is to help entrepreneurs become a worthwhile part of the Columbia business community.

Sparks is most proud of being part of a school where he was a name, not a number. He hailed from a high school – Lee’s Summit, when it was once the largest school in the state before splitting into multiple schools – whose senior class was nearly as large as Columbia College’s entire Day Program. “I was a middle-of-the-pack kind of guy in high school. I wasn’t necessarily the most gregarious or the most outgoing, or any of those kinds of things. But I got to Columbia College, and I was like, ‘Oh I can be freshman class president. Oh, I can be on campus community government.”

Sparks would often heckle the opposing basketball teams from the endlines of Southwell Complex; one evening, point guard Kory Thoma stopped by his dorm room with some encouragement. “He said, ‘Jay, Bob can’t say it, but you’re worth like five points a game for us. Keep it up, keep doing what you’re doing, you’re amazing.’

“We won the AMC championship game on a last-second tip-in. They cut the net down at the far end of Southwell, then they brought the ladder down to our end and some of the coaches cut pieces. There were two loops left, and everyone that had needed to had already climbed the ladder to cut. And Kory looked over and he grabbed me and he handed me the scissors, and I got to scurry up the ladder. “I had that piece of nylon for years – I might still have it in a photo box somewhere – but I kept that piece of nylon for years because I thought, ‘Man, no Mizzou student who’s not part of the team would ever get to like climb the ladder and cut down the nets,’ but again, those are things you get to do at a school like Columbia College when you’re invested.”