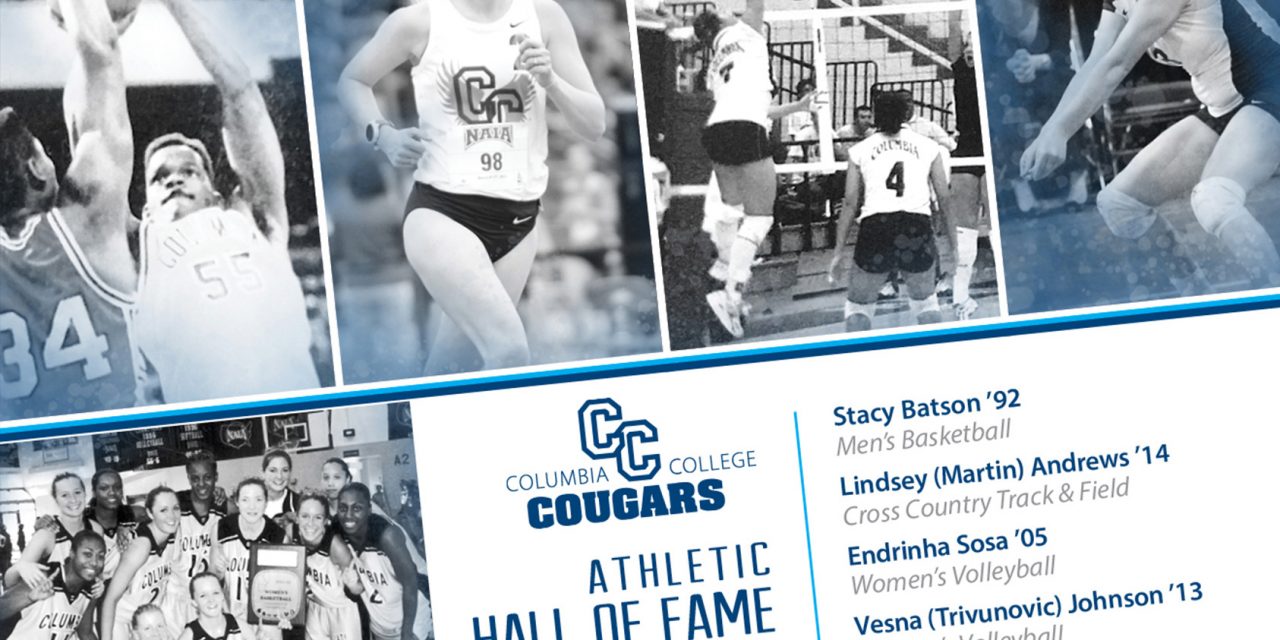 After thoughtful discussions with the 2020 inductees and other key stakeholders, the decision was made to postpone last year’s event and induct that amazing group alongside the 2021 Hall of Fame class this fall. This year’s event will highlight Lindsey (Martin) Andrews ’14 – Cross Country/Track & Field; Stacy Batson ’92 – Men’s Basketball; Endrinha Sosa ’05 – Women’s Volleyball; as well as Vesna (Trivunovic) Johnson ’13 – Women’s Volleyball; and the 2001-02 Women’s Basketball Team.

“The Hall of Fame event is one of the highlights of the athletic year for so many. The opportunity to come together as a Cougar Family to celebrate our best during Homecoming Week is something we cherish,” says Drew Grzella, associate director of athletics. “I am excited that Lindsey, Stacy, Endrinha, Vesna, and all of the members of the 2001-02 Women’s Basketball Team can be in the spotlight once again. I look forward to seeing them all back on campus and sharing their great accomplishments this fall!”

For details and tickets to the October 15 induction ceremony, visit columbiacougars.com.

A three-time All- Conference and two-time All-District men’s basketball player, Stacey Batson helped lead the Cougars to an incredible 93-35 overall record during his career. He was a key component on the 1989-90 team, which finished the year with a 30-8 overall record, the program’s first-ever trip to the NAIA National Tournament and a spot in the Sweet Sixteen.

On July 6, 2000, the decision to reinstate women’s basketball as a varsity sport at Columbia College was announced. Not long afterward, Mike Davis was hired as the head coach and tasked with recruiting a team that could compete during the 2001-2002 campaign. Made up of 5 transfer student-athletes and seven incoming high school graduates, the 2001-02 Women’s Basketball Team would not only compete, but they would gel together quickly and dominate. By winning the regular-season conference championship, they earned an automatic bid to the NAIA National Tournament. The team finished the season with a 30-5 overall record.

Outside hitter Endrinha Sosa is known for the enthusiasm and flair she brought to the 1999- 2003 program. She was a four-time 1st Team All-Conference member, twice named AMC Most Valuable Player, and was honored as an NAIA All-American during each of her final three years.

Lindsey Martin Andrews is one of the most decorated individual athletes in Columbia College history. A six-time All-American and a four-time NAIA Scholar- Athlete, Andrews holds seven Columbia College Track & Field records and still has the program record for the fastest cross country 5k time (17:34).