Watkins reminds college community to be creative, curious and ethical 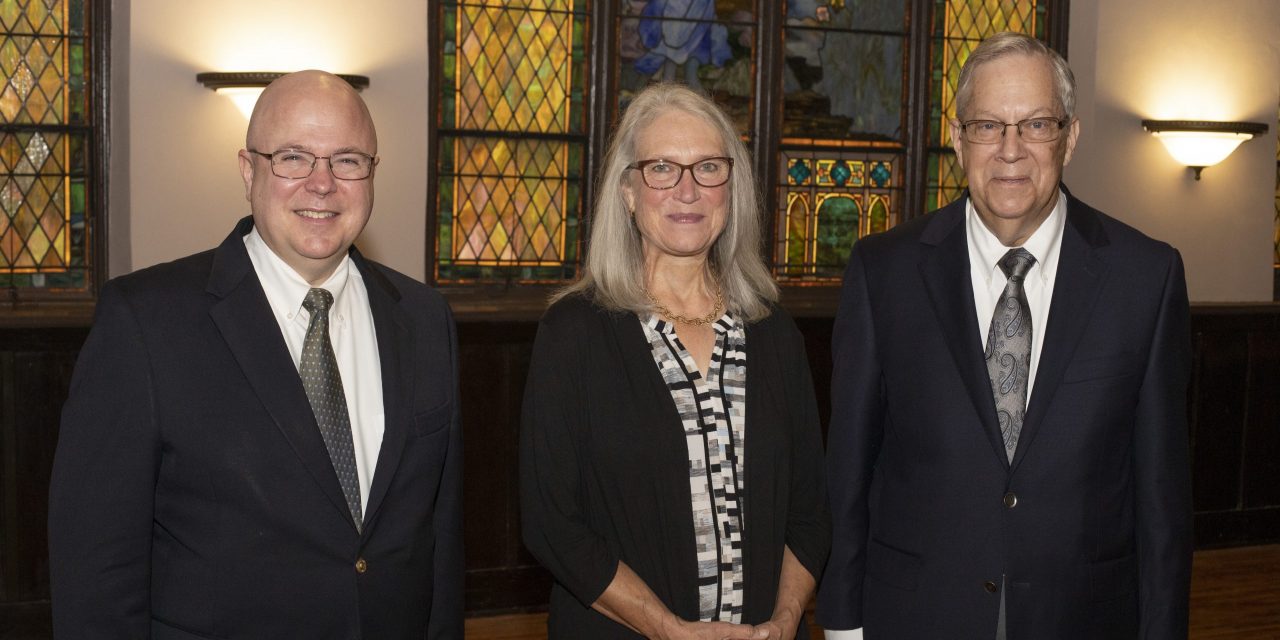 For the 20th Althea W. and John A. Schiffman Lecture in Religious Studies, Columbia College returned to its roots by inviting the Rev. Dr. Sharon Watkins to speak. The Schiffman Lecture series draws noted scholars to the college annually to speak on the influence of religion in politics, culture and education, and ethics in society.

Watkins serves as pastor of Bethany Memorial Church in West Virginia, and served as general minister and president of the Christian Church (Disciples of Christ) in the United States and Canada from 2005-17. Upon her election, she became the first woman to lead a mainline denomination.

Bethany College, which is located across the street from the church, and Columbia College are two of 15 colleges founded by and affiliated with the Christian Church (Disciples of Christ). Watkins laid out that shared history to encourage the college community to be “creative, curious and ethical” – the title of her lecture. She noted those three words aren’t just words of encouragement handed down by an outsider, but rather taken from the college’s own statement of values. [To that end, the college requires all bachelor-degree-seeking students to take an approved course in ethics; some degree programs require a degree-specific ethics course. In addition, the college hosts the Schiffman Ethics in Society Lecture each spring.] They also align well with Christianity’s encouragement to share one’s head, heart and hands with others.

Watkins explained that the Stone-Campbell Movement – a Christian movement that was part of the Second Great Awakening in the early 19th century – included a desire to create unity, not just within a church that had developed factions dividing its mainline denominations, but also among a fledgling nation that strived to live e pluribus unum (out of many, one). The name comes from Thomas and Alexander Campbell and Barton Stone, leaders of the movement.

What kind of colleges did these early dreamers of unity create? Watkins shared that they “would form citizens ready and able for self-government. People of character who would respect differences but work together. People who could create new institutions but be curious enough about the world and about each other to learn and grow, and whose mutual respect and character would lead to an ethic of care and compassion that would foster leadership and service. They’d created colleges they hoped would produce globally engaged citizens who are creative, curious and ethical. The liberal-arts college.”

Over the years, many have wondered about the affiliation between the Christian Church (Disciples of Christ) and the institution that was founded on Rogers Street in 1851 as Christian Female College, now known as Columbia College. Watkins explained that, owing to their principles of social unity, church founders were strident non-sectarians when it came to education. “Sectarianism, with me, is neither religion nor morality,” Watkins quoted of Alexander Campbell. “A college in our country and society should be free from every sectarian influence and tendency.”

Watkins made the connection that the discord that was present during the college’s founding just prior to the Civil War isn’t all that much different than that which we see today. She noted that people are more concerned with talking past each other instead of to each other, scoring points on social media and tearing each other down until “discourse” is reduced to mere noise. She noted Dr. Russell P. Johnson’s difference between division and polarization: The first happens when 100 people have 100 different opinions on a given topic, but all can walk away as friends; the second happens when those 100 people divide themselves into two camps, where you are right and those on the other side are wrong.

She echoed the words of Jewish philosopher Martin Buber, who in 1952 – during the escalation of the Cold War – gave a lecture at Carnegie Hall titled “Hope for This Hour.” In it, he offers three ways to move on from polarization. The first requires “criticism of our criticism,” the second to see those on the other side as individuals instead of a group to distrust, and the last is to embrace fraternity, in the spirit of “liberté, égalité, fraternité” from the French Revolution – liberty and equality can only happen with fraternity. Or, as Dr. Watkins summarized of Buber: Head, heart, hands.

“In this time, we need people that are creative, curious and ethical,” she concluded. “Columbia College is showing itself to be up the challenge, offering a liberal-arts education in a digital time.”