Far from home, veteran finds perfect college in his back yard 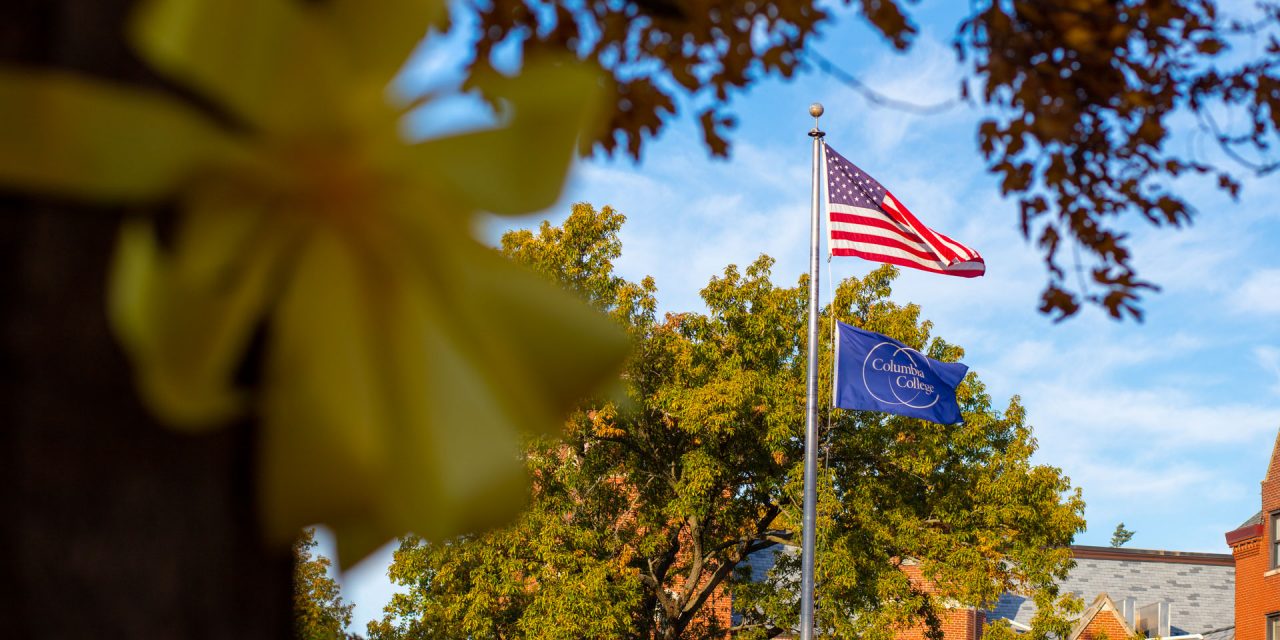 When Austin Roderick shipped off to Hawaii after joining the Marines, he had no idea that his future would be waiting there to bring him back home.

Roderick, who grew up and spent his entire life in Columbia, Missouri, spent three and a half of his five years with the Marines in the 50th State. While there, he began researching where he could attend college online in pursuit of a nursing degree. He reached out to a university back home to see if they could help, but was told that wasn’t an option. He inquired with a local university on the island, yet it wasn’t a good fit for him.

Then one day, he walked into the education center on base to explore other options, and saw a familiar logo, one that’s displayed at nearly 20 other military installations across the country, and almost as many civilian sites. “Columbia College had a representative in the building. At first, I wasn’t sure that it was the one back home, but once I found out, I was really excited to come here,” Roderick said. “The process was really easy. They took a lot of the credits I already had.”

When asked about the absurdity of his journey – having to travel 4,000 miles to find the educational solution that had been in his back yard his entire life – Roderick is nonplussed. “I knew it was going to be a great option for me. I knew I could take online courses, then continue in-seat once I got out of the Marines,” he said.

And that’s indeed what’s taken place. After leaving the Marines this past June, Roderick returned home to Columbia – and transitioned easily from distant online student to in-seat student in his hometown.

Today, Roderick is president of the Columbia College Student Veterans Association, and served in the honor guard for Thursday’s flag-raising as part of the college’s annual Veterans Week celebration.

On Tuesday, Senior Director of Military & Veterans Services Keith Glindemann presented a check for $3,000 to Senior Director of Philanthropy Missy Montgomery in support of the college’s SALUTE Scholarship. It is awarded to members of the national honor society for student veterans; out of more than 300 chapters nationwide, Columbia College was the first to offer such a scholarship three years ago.

Director of Alumni Relations Keith McIver led a tour of the Columbia Men’s Minority Network on a tour of the Brig. Gen. Charles McGee House, which serves as the home of the Ousley Family Veterans Service Center. There were several CC alums in the group, as well as several members of Alpha Phi Alpha, the fraternity that Gen. McGee pledged prior to joining the Army Air Corps in 1942.

The bulk of the college’s events took place Thursday, on Veterans Day itself. For the first time in several years, a bright, beautiful sun rose over Missouri Hall as an honor guard raised the American and Columbia College flags atop the flagpole overlooking Bass Commons. That afternoon, Glindemann led the college’s annual remembrance of our nation’s service members who have been killed since the previous Veterans Day.

Senior Systems Analyst Jen Boyt, an Iraq veteran of the Army National Guard, and Evening Program Associate Director William Bushnell, a retired Navy lieutenant commander, each read the names of fallen, which carried even more meaning this year with loss of one of our own. Marine Sgt. Johanny Rosario Pichardo, who had taken classes from the college’s location at MCRD San Diego, was among 13 U.S. soldiers and hundreds of Afghans killed in an Aug. 26 suicide bombing at the Kabul Airport.

That evening, retired Army Lt. Col. Rob Boone, associate vice president for Columbia College Global-Military, presided over the annual lighting of the Military Service Tree located outside of Dorsey Hall. Following a countdown from Vice President of Enrollment and Marketing Dixie Williams, a series of red, white and blue lights brightened faces of the assembled crowd to provide closure on a day of remembrance for those who have served our country.