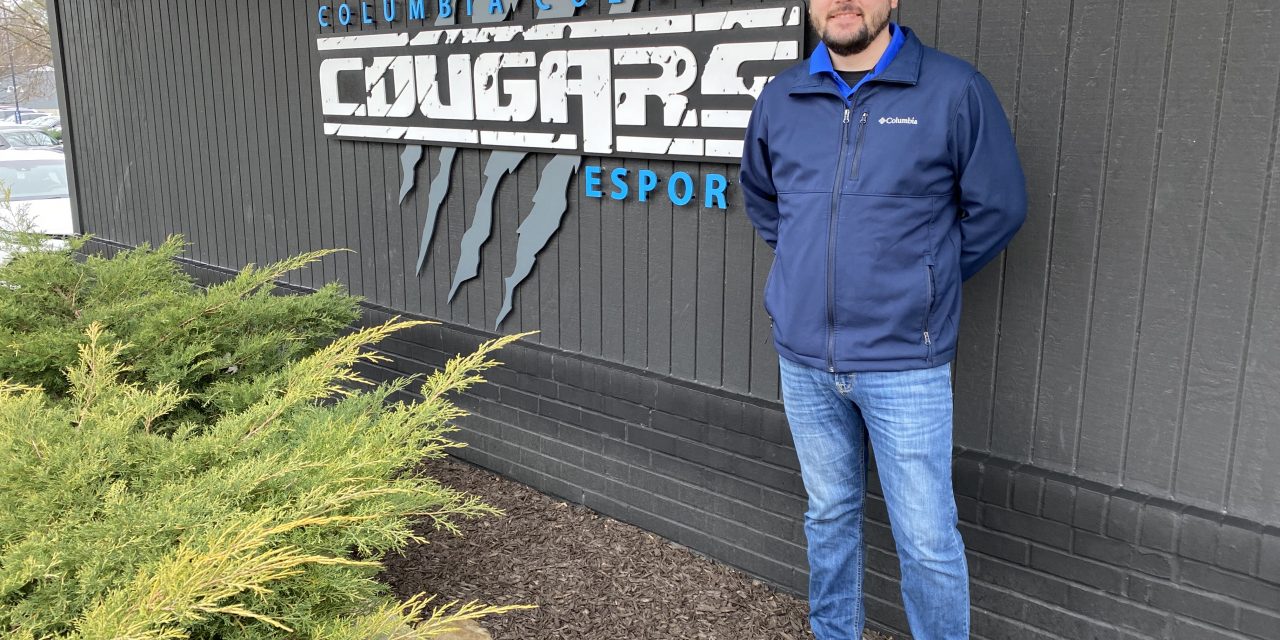 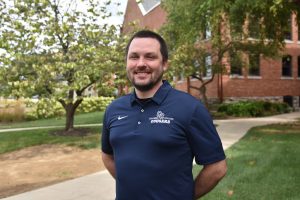 In the fall of 2016, Columbia College became one of the first higher-education institutions in the country to adopt Esports. The college formed two teams of five players to compete in League of Legends, which boasted a following of more than 27 million players worldwide. The Cougars saw immediate success with its new endeavor, including top honors at the Harrisburg University Esports Festival and a runner-up finish at the 2018 Collegiate League of Legends (CLoL) Championship.

Mid-Missouri itself became nationally renowned in the competitive gaming landscape after hosting the Midwest Campus Clash and Gaming Expo from 2017-19. Positive momentum has continued inside the program, as the college’s League of Legends teams have ranked top 10 nationally for five straight years.

This past fall, Cougars Esports once again evolved by adding Rocket League and Rainbow 6 Siege to its competitive game repertoire. To no one’s surprise the program saw immediate results, including five Collegiate Rocket League (CRL) titles this year already.

On January 26, Columbia College named Aaron Shockley its new director of Esports. He is off to a fast start and looks to expand the program to new heights. Shockley recently sat down with Columbia College Social Media Manager Andy Oldenburg and CC Connected to share more about his competitive gaming background and offer a look ahead to the future of CC Esports.

CC Connected: How did you first get into the world of competitive gaming? Did your love for the industry begin at an early age or was it more recent?

Aaron Shockley: My first introduction was when my grandparents would take me to the local pizza restaurant to watch different competitions for Pac-Man, Galaga and Dig Dug. It really became a family affair. After that, I’d compete at a young age with other family members in various games. Once I was older, I started getting into the competitive scene for some of the original Call of Duty game.

CCC: Can you provide the readers your upbringing in competitive gaming? Did you compete professionally prior to becoming a coach/director?

AS: It was a family affair across different types of games, which is what made me love being able to compete. I didn’t have a professional career prior to my career in the collegiate scene. I tried breaking into the professional scene in the early days of Call of Duty but wasn’t up to the skill level to be able to go professional.

CCC: Prior to joining Columbia College, you played a key role into the creation of the Esports program at Central Methodist University. How was it initially received among the general public and the national Esports community? What was the culture and status of Esports across colleges at that time?

AS: I was fortunate enough to help build the Central Methodist University Esports program from scratch. At the time when we were creating the program in 2017 there were only a handful of colleges/universities offering Esports as an extracurricular activity. When we announced the addition of Esports to the Central Methodist community it was met with some uncertainty and reservations due to there being a negative stigma of players not wanting to doing anything but play their respective game and not focus on academic requirements. We were also met with some reservations from other varsity sports, as Esports was housed under the athletics department. Some felt that we were more of a club sport or an intramural rather than a sanctioned sport. This was by far the hardest stigma to break not only within the athletic department but the community as a whole. We were able to achieve some success in changing viewpoints by implementing some of the same initiatives and policies that traditional sports practiced. This included study hall, workout plans, organized practices, fundraising and participating in philanthropic events throughout the year.

CCC: Following a successful stint at Central Methodist, you were named Director of Esports at Columbia College in January 2021. Under your guidance, the Cougars continue to be a national presence. What has made CC so successful in the Esports landscape?

AS: Since its inception, Columbia College has been a powerhouse within the collegiate Esports landscape. My addition to the program in 2021 was to not only continue the success of an already nationally acclaimed program, but to expand our game title offerings, develop a wholistic Esports approach, and improve our recruiting efforts. While redesigning our current facility, the Game Hut, we wanted to fit the needs of our competitive games and student-athletes. During my short tenure thus far, the program has continued their historic achievements across all of our game titles due in large part to our student-athletes buying into the new culture.

CCC: When CC’s Esports program was initiated, it only competed in League of Legends. This past fall, we added Rocket League and Rainbow 6 Siege to the program. How important and exciting was it to add additional games and opportunities for the program to continue to expand nationally?

AS: It was important due to the ever-changing landscape of collegiate Esports. We were able to add more game titles with the support of Director of Athletics James Arnold. The ability to offer a rewarding experience to a different type of Esports player, including the opportunity to get a world-class education while competing for a nationally ranked program is huge. We were able to expand our Esports roster from six players in 2020 to 28 players the following year. Since their implementation, Rainbow 6 Siege and Rocket League have combined for nine playoff appearances, two national rankings, and the first championship in Columbia College Esports history.

CCC: What are your aspirations for the CC Esports program over the next five years? How do you foresee the collegiate Esports landscape continuing to evolve the next 5-10 years?

AS: My aspirations for the program here at CC over the next five years is to look for corporate sponsors to expand our program nationally and continue to enhance our offerings into other areas of Esports such as production, administrative and potentially even offer an academic major. The collegiate Esports landscape will start to evolve into a more traditional sports scene when there’s increased structure within the conference and national scene. It will garner additional national recognition when major television agencies start producing content of all the different Esports collegiate programs similar to what you see in the traditional collegiate sports landscape.