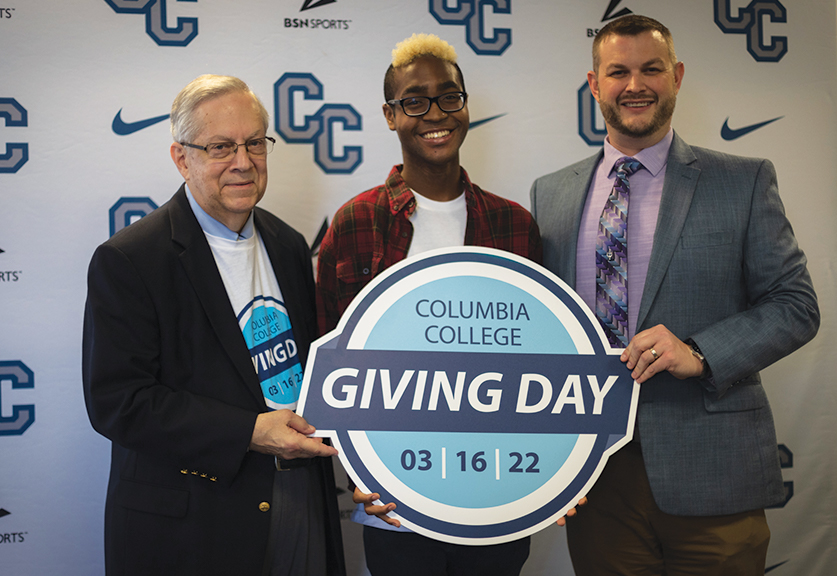 The Columbia College community came together in a major way on Wednesday, March 16, in support of the college’s fourth annual Giving Day. The endeavor was a rousing success, raising a record $199,826 from 590 gifts and counting. The total amount raised was an increase of 68 percent from last year’s total, and the number of gifts eclipsed the college’s goal of 500 gifts during the initiative.

“It is truly remarkable to see the level of energy and excitement Giving Day 2022 generated amongst members of our college community,” said Dr. David Russell, president of Columbia College. “These gifts are a reflection of the contributor’s belief in our mission of changing lives through education. The funds raised will benefit our students immediately through scholarship support, innovative new programming and enhanced technology infrastructure across our network of locations nationwide and online. We can’t thank those who supported Giving Day enough for stepping up.”

The event focused on encouraging alumni, faculty, staff, students, parents and friends of the college to make a participatory gift in support of students as they continue toward their educational goals.

The success of the event was due in large part to a group of generous alumni who came together to present challenge gifts in an effort to encourage the Columbia College community to be part of this special initiative. This group included:

Advocates for this year’s Giving Day also played a vital role in the build-up to the event. Through their generosity and willingness to participate in the months leading up to the event, they helped build excitement through social media and with other alumni, friends and family.

Below are some additional quick facts from Giving Day 2022:

*Donors could identify themselves in more than one category

For more information about Columbia College Giving Day or to make a gift, visit my.ccis.edu/givingday.