A Degree to Succeed 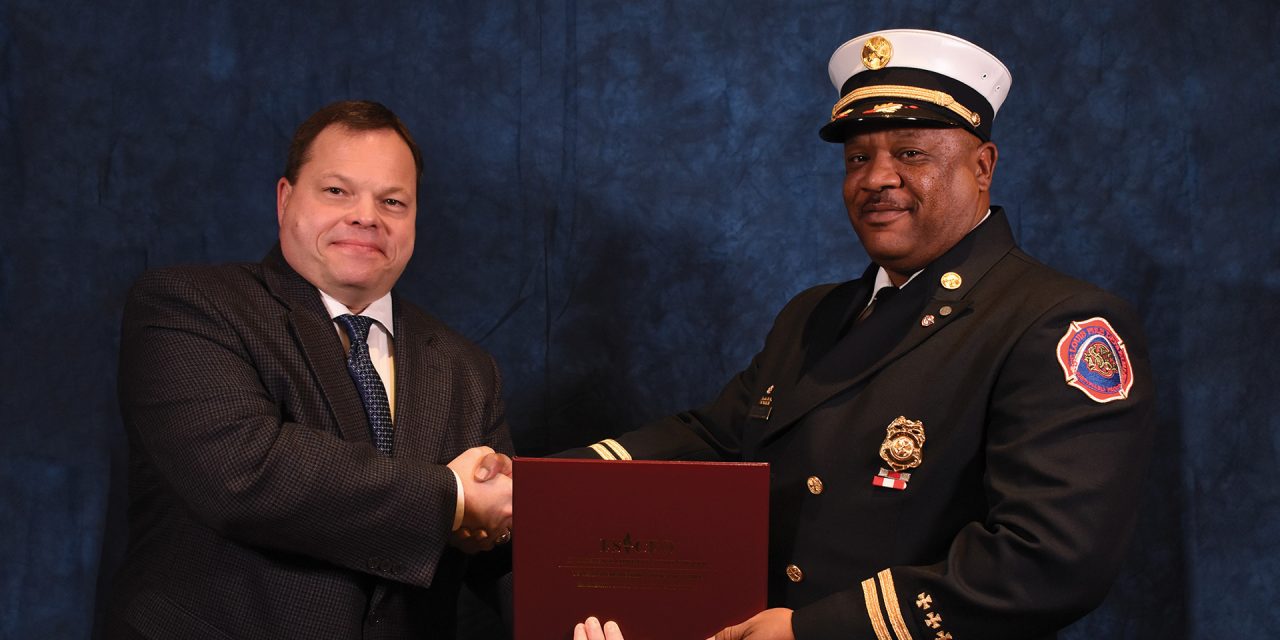 A 27-year veteran of the St. Louis Fire Department, Derrick Phillips ’17 has been in charge of training and homeland security at the second-oldest career firefighting department in America for the past eight years. Last summer, he set a new career milestone with a promotion from battalion chief to deputy chief for the department.

The position required that Phillips take a difficult promotional exam, which was a general management exercise. Once he learned he finished No. 1 on the exam, it was a mere formality until the promotion came. “I was extremely happy because I felt like I would finally be in a position to make more of an impact on the organization as a whole,” he says.

In his new role, Phillips acts as a deputy commissioner and manages all fire operations for the “A” shift and remains in charge of homeland security for the department.

The promotion is the latest step in a goal Phillips has been working toward for several years. He wanted to become chief for a metropolitan fire department, and as he worked through the requirements for attaining that goal, he discovered that a bachelor’s degree is required, with a master’s degree preferred.

Enter Columbia College. Phillips initially chose CC because it offered an associate degree in fire service administration. Yet once he discovered that it would require training classes outside of the college that weren’t going to fit into his schedule, he switched his major to business administration. (Phillips completed additional fire-service classes from CC to satisfy elective requirements.)

In the years since, Phillips has earned a Master of Public Affairs degree with distinction from Arkansas State and a Master of Arts in Security Studies (Homeland Security and Defense) from the Center for Homeland Defense & Security at the Naval Postgraduate School.

Phillips’ education has impacted him so much that he’s considering teaching courses related to homeland security, as well as and pursuing a doctoral degree in global security or strategic intelligence. “In essence, Columbia College laid the foundation for a very rewarding education and career, and the lessons and skills I developed at Columbia College guided me through the rest of my educational journey,” he says.