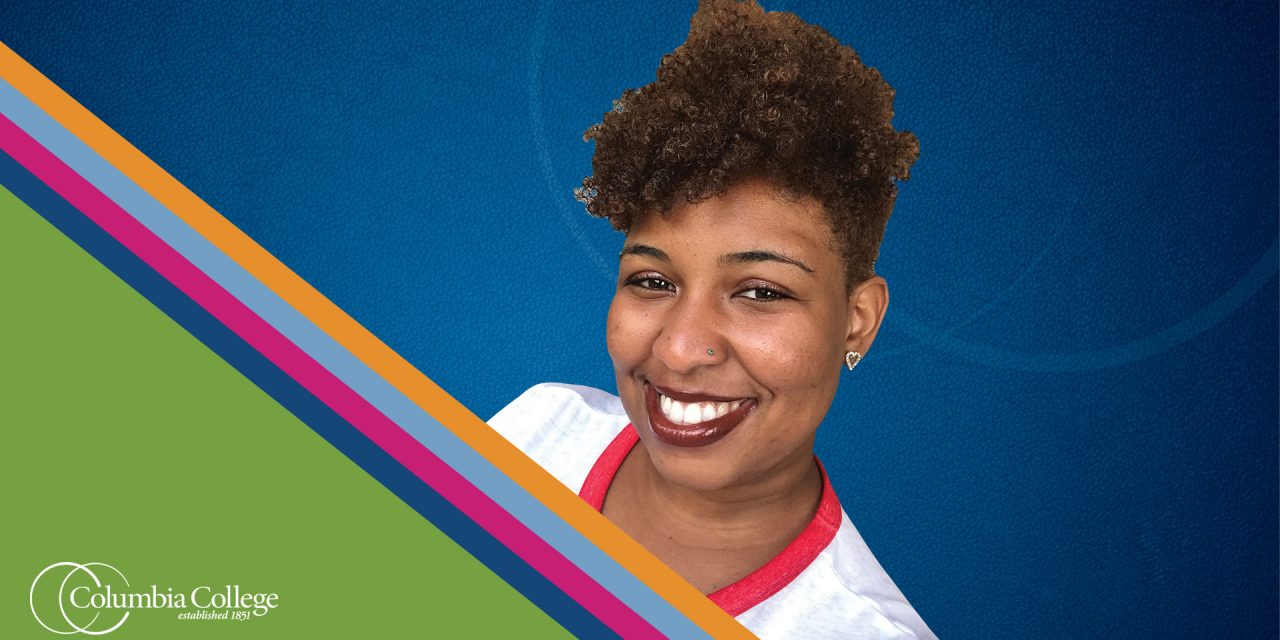 Art can be found anywhere you look. That is what inspired Kalia White ’21 to choose graphic design as her career path.

After earning her associate degree in graphic communications at St. Louis Community College, she decided to make the move to Columbia, Missouri, to attend Columbia College. There, she continued her education with a bachelor’s degree in graphic design.

“I wanted something further from home in St. Louis,” she says. “Moving there was the biggest decision I had made up to that point.”

“One of my favorite memories of Kalia, I was telling her that I can’t draw and am not artistic,” Smith says. “She stopped me, and said, ‘No, art is literally everywhere! It’s in our clothes and food and the way we arrange things. It’s just so integrated in our world.’ That completely changed the way I think about and appreciate art.”

They often talked about White’s work and her future plans. Before White graduated, she mentioned that she had started a logo design business. It just happened that Smith’s husband, Brandon Smith ’12, president of the board of directors for Cedar Crest Baptist Camp, needed a logo.

“I told him, ‘I have the perfect person,’” she says. “I was able to connect the two of them, so she could help him with the logo.”

Brandon, owner of B’s Lock & Key LLC, jumped at the chance to work with a fellow graduate. He says he knows first-hand how much of a challenge it can be to start a business, since he started his several years ago.

“I was so excited to get a chance to work with her,” Brandon says. “I wanted to provide any encouragement I could.”

The two alumni met by Zoom to discuss the logo and what was needed. The logo was for the Camp Cedar Crest near Santa Fe, Missouri. A group of 60 churches jointly own the 100-acre property to host camps and other events.

White met with Brandon to learn more about the organization and audience. She talked with him about the board’s ideas for the logo and the types of logos they liked from other organizations.

“It’s not just about having a pretty picture for the logo,” she says. “You want it to reflect what their goals are and what they’re passionate about.”

After meeting several times and discussing different drafts, the final logo was finished. “She did a great job in listening to what we wanted and finding a way to achieve it,” Brandon says. “We’re so happy with how it turned out.”

The work experience helped move White into the next stage of her career. Today, she continues to develop her freelance design business, Abstract Naturally. In October, she moved to the Los Angeles area, where she helps businesses with their logos.

“I love being able to work with such a variety of people,” White says. “If I could talk to my past self, I’d say, ‘you’re going to be a part of a great career.’ College was just the beginning, the roots to a life that will just get bigger and flourish.”