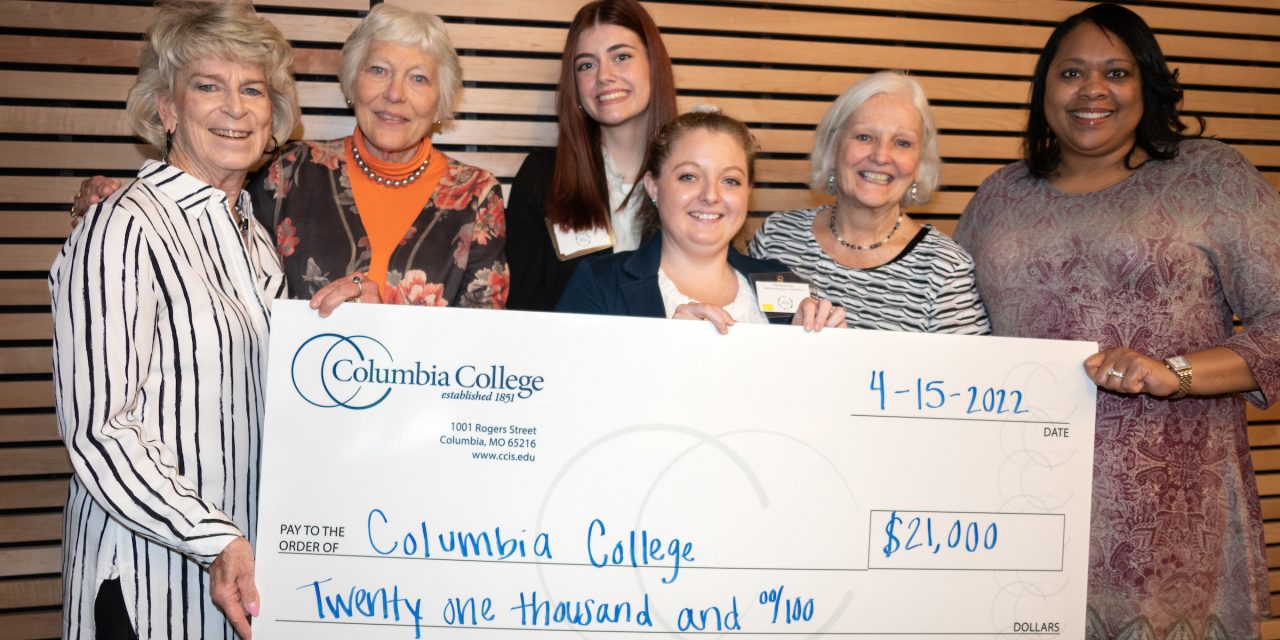 As the academic year began to wind down earlier this month, the college’s Advancement Division was pleased to unite its generous donors and the students who have benefited from that generosity.

The first Celebration of Philanthropy was an opportunity to not only recognize those donors who have created scholarships but also to thank Cornerstone Club, President’s Society and St. Clair Society members.

More than 150 guests – comprised of donors, students, members of the Board of Trustees, college leadership, academic deans, faculty and staff – assembled in the New Hall Event Space to enjoy a delicious formal lunch. Scholarship recipients were able to meet their donors, and update them on what is going on in their lives as finals approached.

Vice President for Advancement Suzanne Rothwell noted the diverse reasons that donors give to CC, and that in the end, it’s the students who benefit. “I have the best job in the world, because I have the privilege of sitting down with friends of Columbia College on a regular basis,” Rothwell said. “There is always a story, always a reason that a gift has been made. Whatever the reason, we are privileged to hear them, and we are grateful for the gifts you make that directly impact and benefit our students.”

Rothwell also recognized the creation of more than 14 new donor-funded scholarships in the time since the pandemic had canceled the two scheduled ceremonies previously known as Honors and Awards. Four of those fund’s stewards were able to attend:

Rothwell also thanked the numerous Cornerstone Club members in attendance, noting that thanks to their generosity, the college raised an additional $400,000 for the Columbia College Fund, which meets the greatest needs of the college. Demand for that assistance has never been greater, as evidenced by the nearly 200 applications for nine scholarships awarded by the Columbia College Alumni Association.

In all this year, Columbia College awarded nearly $500,000 in donor-supported scholarships, benefiting 170 students.