D’Alesio has spent life helping others 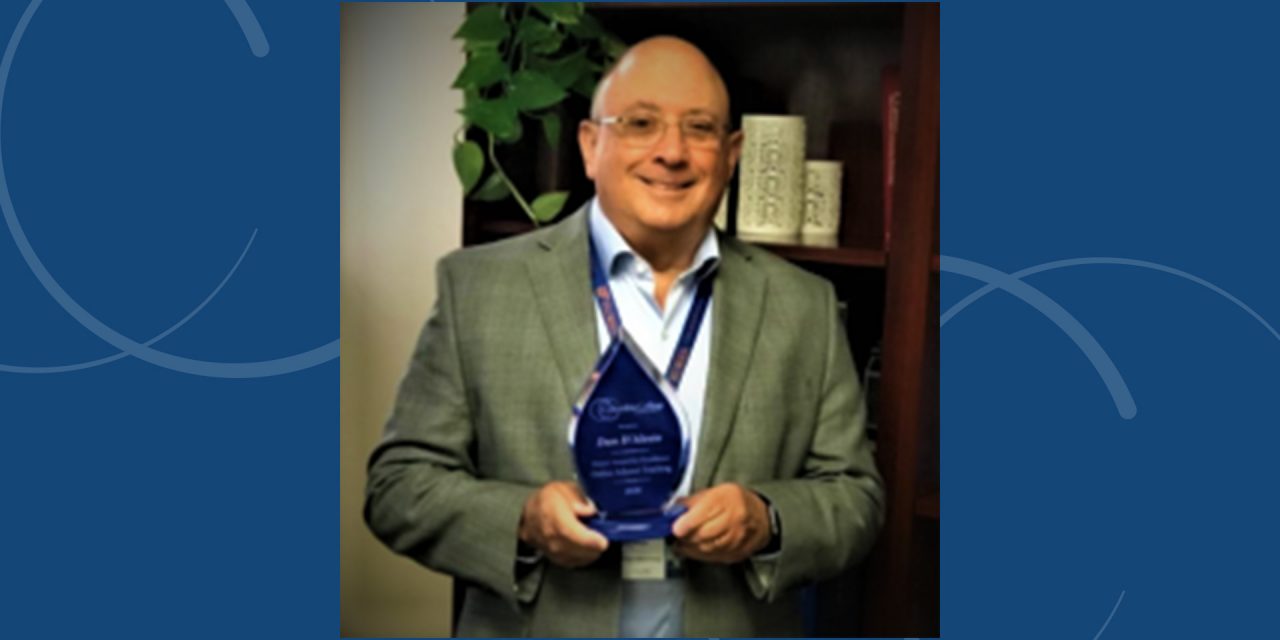 From growing up in Upper Darby, Pennsylvania, to serving his country for 25 years as an officer in the Navy Judge Advocate General Corps, to helping doctors avoid unnecessary litigation, Dan D’Alesio has devoted his life to helping others. For nearly three decades, much of that service has gone to the students of Columbia College’s military and civilian locations in Jacksonville, Florida, as well as the college’s Online Program.

After graduating from LaSalle University in 1970, D’Alesio paid his way through law school at Villanova University while serving as a commissioned officer in the U.S. Navy Reserve. Four years later, he began his active duty career as a Navy judge advocate, and after numerous assignments up and down the East Coast, finished his JAG career as a circuit military judge of the Southeast Judicial Circuit in 1998.

D’Alesio has been a member of the Columbia College Cornerstone Club since 2019, and has also served as an adjunct criminal justice professor at CC since 1995. Ironically, he has an admiral to thank for his connection to CC.

Nearly three decades ago, D’Alesio was serving as a military judge when a young JAG officer in the Naval Legal Service Office appeared in court before him. The officer, David Wilson, informed D’Alesio that he’d received orders to move from the Jacksonville office to New Jersey, and that in addition to no longer appearing before him, he’d need someone to replace him as an adjunct instructor at Columbia College’s location at Naval Air Station Jacksonville.

“David said, ‘Judge, I’m really stuck. I committed to teach this military justice course, but I have my orders to go to New Jersey. Would you consider teaching?’ So I did.” Wilson is now a rear admiral and serves as commander of the Naval Legal Service Command.

D’Alesio took on the mission of teaching, and soon added several other courses to his repertoire, both at NAS Jacksonville and at CC’s metro campus located much closer to his home. Before long, he received a call from Dr. Arlin Epperson, who spearheaded the college’s pioneering efforts with online education. Epperson asked if he would be interested in teaching online as well; when D’Alesio agreed, he was invited up to main campus for a meeting, “and they treated me royally.”

He made the transition to teach exclusively online, and has done so for the last eight or nine years. D’Alesio received sage advice from college officials when he did so. “When you’re teaching in-seat, you’re used to being the ‘sage on the stage;’ teaching online, you’re more like the ‘guide on the side,’ and I took that to heart,” he says.

Beginning with the first class he taught for CC, D’Alesio has given back to his students by donating a portion of his salary back to fund scholarships awarded to students at the Jacksonville locations. “I’ve always been very appreciative to teach at CC. I wanted to give to the students I was teaching,” D’Alesio says.

In addition to his annual support of the Columbia College Fund through his Cornerstone Club membership, D’Alesio has also directed some of his giving recently to the Brig. Gen. Charles E. McGee ’78 House to support CC’s student veterans.

“I stayed with Columbia College because I feel loyal to them, and they’re worth my participation as an instructor and also for me opening up my wallet to support them. I’ve been blessed to have adult learners with skin in the game. They’re mature, and they want to do well. It always makes my heart feel great when you can tell they learned something, they weren’t just punching a ticket to get out and get their degree.”

The Cornerstone Club is comprised of alumni, parents, faculty, staff and friends of Columbia College who have established themselves as leaders for the college and faithful stewards of the college’s mission. If you are interested in joining the highest level of supporters of the Columbia College Fund, please visit my.ccis.edu/cornerstone-club-join or contact the Office of Development at (573) 875-7563.