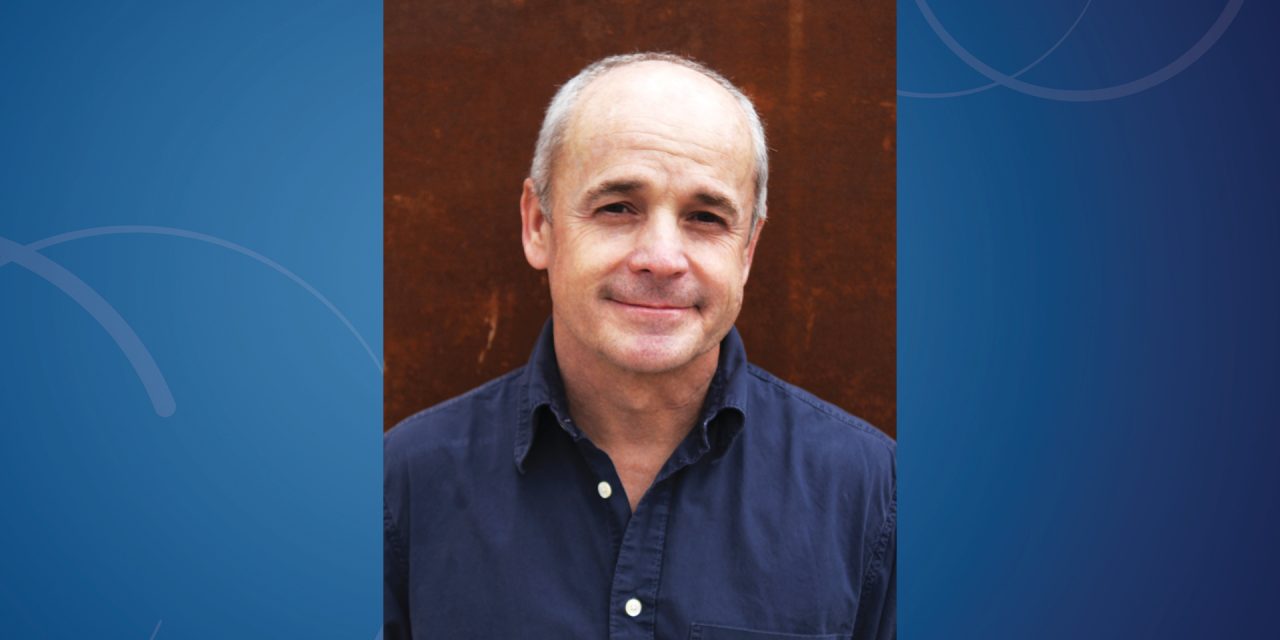 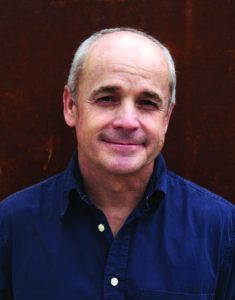 Jim Paillot ’82 remembers the moment back in kindergarten that he knew he wanted to be an artist. “The kid next to me, Arthur, was really good at drawing, and all the kids were crowding around him watching,” he says. “I thought that would be really cool to do. Of course, I also wanted to be Tarzan, but that job was already taken.”

Paillot’s path to an art career started at Columbia College. He knew he wanted to major in art, but he didn’t know exactly what that would entail.

“I wasn’t exactly sure what kind of artist to be,” he says. “I knew I didn’t want to be the stereotypical starving artist with a pencil-thin mustache. I wanted to make a living.”

Back in high school, when he and his family were living in Louisiana, he met with a Columbia College representative. He was offered a scholarship to attend the Day Program, so he moved to Missouri and enrolled as an art major.

“I fell into the right spot,” Paillot says. “It was a gift to be there. I got a lot of great guidance from teachers who were also mentors, including Sid Larson and John Lynch. They helped us to open doors and experiment with our artwork. They were a daily source of knowledge of how to get better.”

Since then, Paillot has illustrated more than 100 children’s books, including the “My Weird School” series, written by Dan Gutman. He also creates artwork in many various forms, such as puzzles, board games, magazines, museum design and murals.

He also met a group of artistically talented friends who were able to help push each other in their creative pursuits. 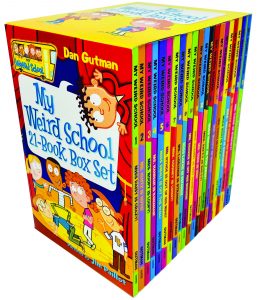 For more than 20 years, illustrator Jim Paillot ’82 has brought author Dan Gutman’s loveably weird characters’ to life. The first book in the “My Weird School” series was published in 2004, introducing young readers to the students at Ella Mentry School.

“I have great memories of sneaking into the art center, working late and just having this great fellowship with the group,” he says. “We all challenged each other to do the best that we could.”

After college, Paillot worked at Hallmark for a year as an artist before moving into advertising. While learning about photography and print design, he also had a chance to have lunch with one of his heroes—Maurice Sendak, author and illustrator of “Where the Wild Things Are.”

“He was doing something with the Lyric Opera of Kansas City, and I was designing the posters and got to meet with him,” Paillot says. “I was just starstruck. He was so nice in keeping the conversation going while I was tongue-tied. In every way, he was just an amazing, talented, cool dude.”

Paillot knew he wanted follow Sendak’s footsteps in doing illustrations for children’s books. As a freelancer, he was illustrating for newspapers like the Wall Street Journal and Boston Globe. Soon, he began doing work for the kids’ market, drawing for puzzles and games as well as several kids’ books.

In 2001, around the time he moved to Arizona, he got the call to work on the “My Weird School” series. It’s a job that’s lasted more than 20 years and is still ongoing. Paillot and author Dan Gutman have worked on more than 75 books together. The pair’s most recent collaboration, “Mrs. Stoker Is a Joker!,” was released this summer.

“It’s been an illustrator’s dream come true,” Paillot says. “With all the books we’ve done, I’ve loved having such steady work while also getting to work on my own time.”

For Paillot, the creative process often starts with reading. When a book comes in for him to illustrate, he reads through it twice. The first time is for fun and the second time is to make notes and decide what parts should be illustrated. He sits at a drawing table in his studio with paper, pencil and a coffee.

“I like working in my studio with a big window where I can snoop on neighbors and see what’s going on in the real world,” he says. “But it doesn’t have to be an ideal environment. When I give talks at schools, I always say you can be creative wherever you are, as long as you have paper and pencil.”

With the “My Weird School” books, Paillot usually draws about 30 scenes. Then he scans and sends them to the publisher. “They’ll say, ‘We love it,’ or ‘Make this person bigger,’ or ‘Put a hat on this guy,’” he says.

The more people who have seen his work, the more phone calls he’s gotten. Over the past 20 years, he’s worked on illustrations with clients like Nickelodeon and Coca-Cola. He also worked with Disney Imagineering to create artwork for Port Discovery Children’s Museum in Baltimore.

“It took me a few years to find my own style of drawing that would be a marketable look as well,” he says. “Of course, it’s fun to draw what I want. But it’s important as a business to do artwork that makes clients happy as well.”

Paillot says he helps keep his creative juices flowing by drawing art for himself in his spare time. His favorite part about being an illustrator is creating things people haven’t seen before.

“There’s often a lot of repetition in art for kids’ books,” he says. “I try to change things up to entertain the reader as well as myself. I like the process of pushing myself to become a better artist.