A gift to others 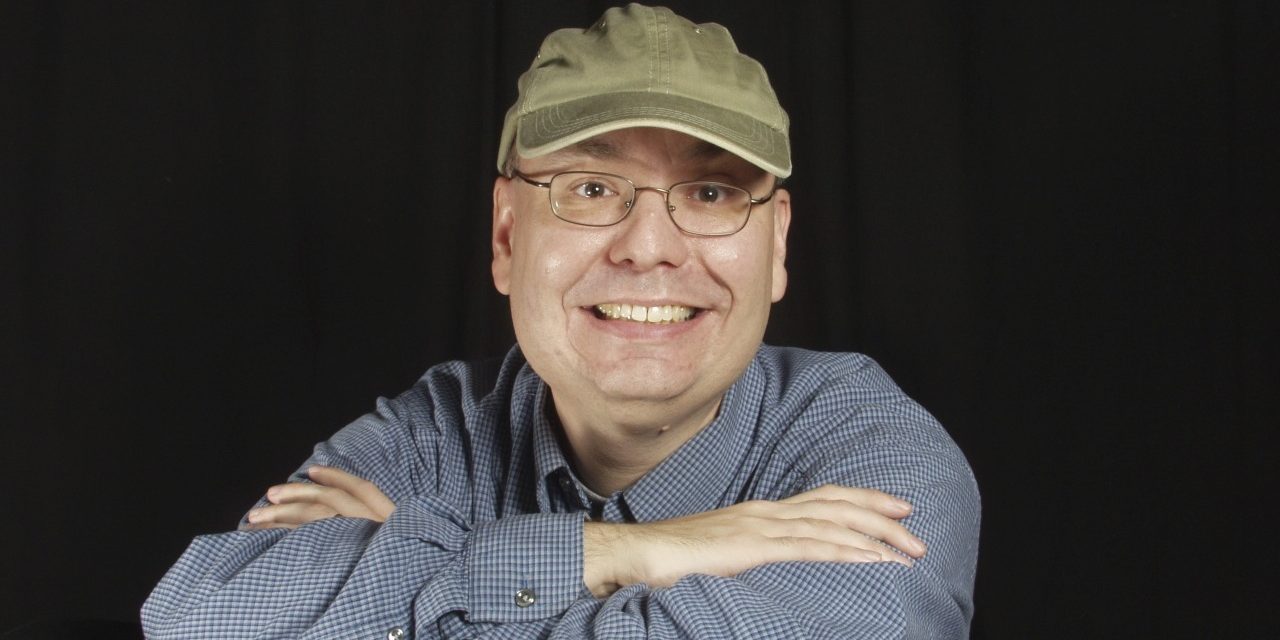 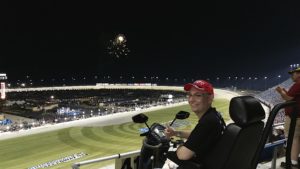 Peter Stumpf ’03 owned a successful web design business and enjoyed the the live action of NASCAR.

Peter Stumpf ’03 had a disability, but it didn’t stop him from living life to the fullest. He was diagnosed at 4 years old with mitochondrial deficiency, which made walking difficult for him. But despite his health issues, he stayed active.

Peter enjoyed going to NASCAR races and concerts at the park. He loved animals and could soothe even the most anxious dogs. He founded a successful web design business, and clients from all over the country would travel to meet with him. But what his family and friends remember most was his loving nature and positive outlook that drew people to him.

“It was the way he had talking with people,” says Dr. Mark Stumpf, Peter’s father. “I was always amazed at how many friends he had. He was the kind of guy that once you met him, you would instantly become friends.”

In 2008, Peter was diagnosed with lymphoma. After five years of treatment, including chemotherapy and a stem cell transplant, he successfully beat the disease, but the treatment weakened his heart. He passed away of a heart attack on March 30, 2016, at the age of 47.

In his memory, his parents have established an endowed scholarship to reward students with physical disabilities at Columbia College-Crystal Lake who, like Peter, have shown determination, self-advocacy and success in overcoming their difficulties. The Peter M. Stumpf 2003 Scholarship of Excellence will be awarded each year to a full-time student at the Crystal Lake location. The first $500 scholarship was awarded in the fall of 2018 to Heidi Dowell.

“My wife, Anne, suggested that we establish the endowed scholarship for Columbia College because of all the help they gave to Peter while he was a student here,” Dr. Stumpf says. “It was a way to give back to the community, and I’ve always believed in the power of education.”

Before attending Columbia College, Peter received an associate degree from McHenry County College and took online classes in music through the University of Wisconsin-Madison. While taking college classes, it became obvious that Peter had a gift for the arts. His mother remembers when Peter was completing a project for a music appreciation class.

“He had a hard time finishing the assignment because he said he could tell that the composer felt angry when he wrote it,” Anne says. “The professor was so impressed with his essay, he asked to come meet Peter, and he drove all the way out from Madison. He said he was the only one of his students who understood that piece of music.”

Peter not only had a gift for the arts but for computer work as well. In the 70s and 80s, Dr. Stumpf, an engineer, often worked overseas and brought back computer parts from Taiwan to help build and repair computers.

“That was the start of business with Pete to repair computers and put them together,” Dr. Stumpf says. “He eventually decided to change from doing repairs to the software side of it. And that worked out really well for him.”

“[We established] the endowed scholarship for Columbia College because of all the help they gave to Peter while he was a student. It was a way to give back to the community.” — Dr. Mark Stumpf

After high school, Peter began designing web pages. He enrolled at Columbia College in order to pursue his dream of starting his own business. “He believed that the only way to do that was through knowledge,” Dr. Stumpf says. “Being at Columbia College gave him additional confidence. It helped him to become more independent.”

With his knowledge from business and art courses, Peter started his web design business, PS Web Design. As he got more referrals, he was soon working with clients in more than 30 states across the country.

“One of the things that made him successful — he could take pictures and data from a client and turn it into something interesting,” says Anne. “He had a way of making websites vibrant and attractive.”

He not only created beautiful designs, but he found beauty in the world around him. Despite his health challenges, Peter lived his life as an inspiration to others with his kind spirit, determination and can-do attitude. “He always strived to do well, and he followed his visions,” Anne says. “He was one of a kind.”

Are you interested in learning how to start a scholarship in support of your passions? Call the Office of Development at (573) 875-7563. Want to support a scholarship already in place? Give now to the Columbia College Fund to support the college’s greatest current needs!