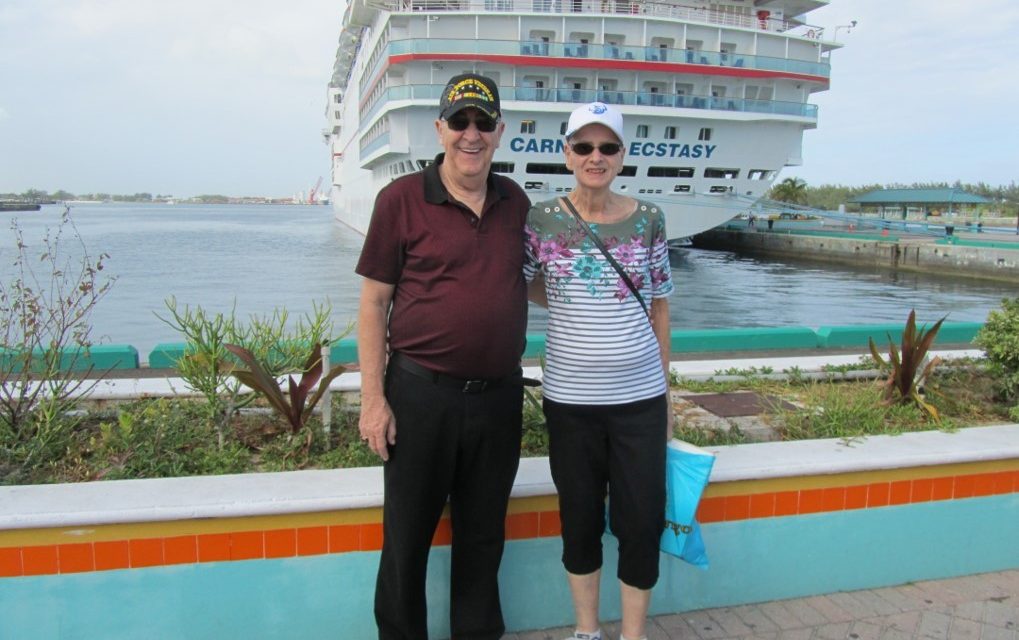 Over the course of his life, Michael Stanley has served his country in the Air Force for 23 years, spent several years driving semi-trucks, and for the last 14 years, has served as an adjunct instructor for Columbia College’s locations in Jacksonville, Florida.

If experience is the best teacher, you can easily understand why Dr. Stanley is one of the most respected ones around.

“Dr. Stanley has a unique ability to build a rapport with all students, especially teaching our nontraditional learners,” says Michelle Silva, an academic advisor at the college’s Metro Jacksonville location.

That ability stems from his vast life experience.

Stanley came of age at the height of the Vietnam War and wasn’t interested in being drafted. After graduating high school and three semesters of study at Southern Illinois University, he enlisted in the Air Force. Stanley spent a year in Southeast Asia and eventually served two tours at Langley Air Force Base in Virginia and another at Davis Monthan in Arizona. Stanley started as a mechanic on construction equipment before deciding he was tired of knocking his knuckles around, so he was retrained for manpower management – what civilians would call workforce development or human resources.

Soon after the switch, Stanley earned his bachelor’s degree and entered Officer Training School. Following his commission, he was stationed in the Air Force’s contract management division in Albuquerque, New Mexico. Subsequent assignments sent Stanley and his wife, Florence, to Spain, England, and finally, Offutt Air Force Base in Nebraska, where he retired as a captain in 1991.

Over the course of his career, Stanley became a member of the Society for Human Resource Management. He even served on its board of directors and qualified to become a workforce management instructor. To continue his education and progress his career, he earned a master’s degree in public administration during his assignment in England.

It also opened a door that Stanley wouldn’t walk through for several years.

Upon his retirement from the Air Force, the Stanleys moved near Florence’s family in Northern Indiana. Michael held several management jobs but eventually tired of being a supervisor. He discovered that civilians are entirely different from those in the military, and he got burned out with the civilian world. So he pivoted careers, earned his Class A commercial driver’s license, and made local semi deliveries – “I didn’t like being on the road away from my wife, so I was able to find a local job and work with some great people,” he says – for about 13 years.

During that time, the Stanleys spent time in Florida visiting their son, Gregory, stationed at Patrick Air Force Base, and Florence’s brother in Jacksonville. They enjoyed the area so much that they eventually built a house and moved to Jacksonville in 2006.

After the move, Michael found a job driving a truck for the local Budweiser plant but wanted a change. Knowing his previous background, his sister-in-law suggested teaching. “I researched it and realized that I wanted to do it,” he says. “But if I’m going to do it, I want to do it at the highest level, so I went for my Ph.D.”

Passing knowledge to others

While he was working toward his degree, someone in the area familiar with Columbia College’s civilian and military locations in Jacksonville suggested he teach there, so Stanley met with then-Director Gary Hall about a position. In 2008, Hall hired Stanley to teach some introductory courses. “We sort of went from there. I’ve taught at other schools in the area, but CC gave me my break.”

He initially taught at both of the college’s Jacksonville-area locations before teaching solely at the metro civilian site. Once he received his doctorate, Stanley began teaching classes for the college’s human resources degree programs. His favorite class is Organizational Behavior, which integrates sociology, psychology, and several other disciplines. “I love to get the students talking about some of the incidents they’ve had, and talking about different theories of leadership that are involved in understanding how people fit into organizations,” he says. “Getting students to bring their experiences to the table helps them learn from each other.”

Dr. Stanley’s military experience has proven invaluable in his teaching, as most of his students are military-affiliated. “Folks with military experience, especially those who have retired or are about to retire, have experienced all sorts of different things throughout their careers,” he says, “so they’re a little more receptive to sharing and learning from others’ experiences.”

One of the biggest things Stanley has learned over time is that each student has a different way of learning. “Even though I have to meet the needs of the majority, I also have to adapt to help each student individually,” he says.

Although he had to teach virtually during the pandemic, he received word in early June that his Late Summer-session course in Jacksonville would return to in-seat instruction. “I love the face-to-face interaction with my students. I love that moment when you’re trying to explain a theory or a concept, and their eyes light up, ‘I got it,’” he says. “I love that feeling, that you got something across to them.”