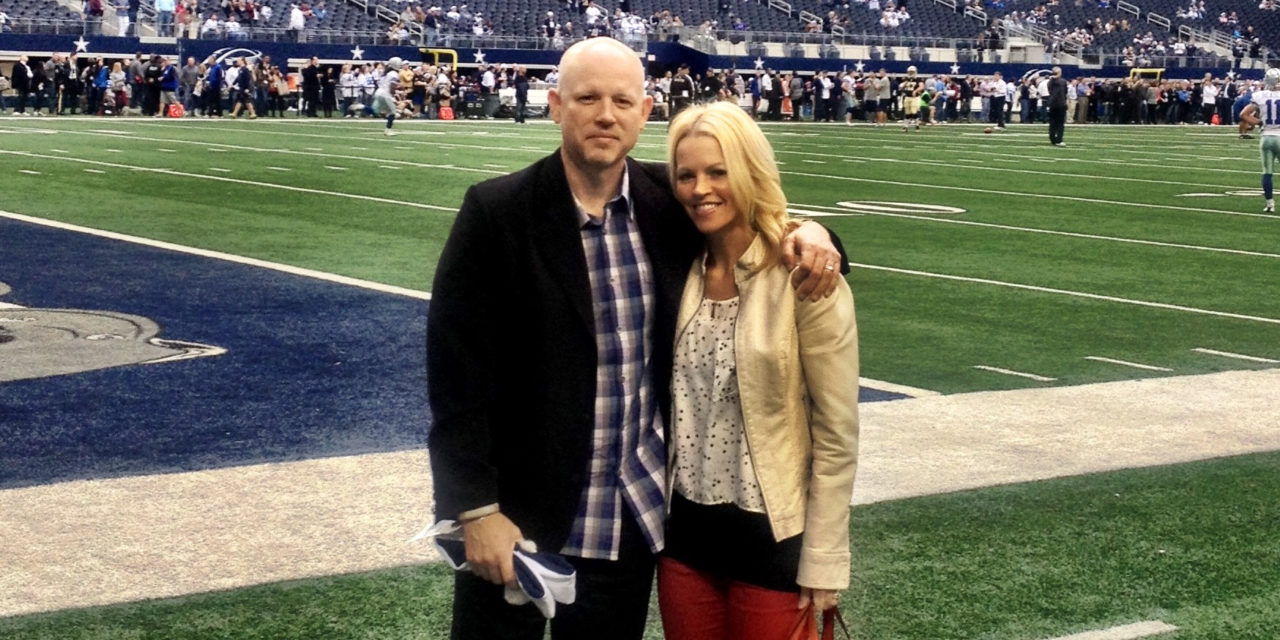 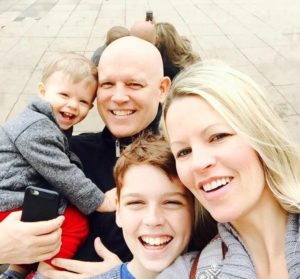 For many people, the Nike Swoosh represents athleticism, commitment and the simple-but-powerful call to “just do it.”

For Scott Henson ’18, a Navy officer and brand director at Nike, it represents continual upward movement. Over the past three decades, he’s been striving to do more, be it for his country, his career or his family.

“The power of the Swoosh has continued to represent the aspiration to give and do my best, and hopefully reach my potential,” he says.

Nike has been a way of life for Henson since childhood. From a young age, he made the connection between the popular brand and the athletes wearing it while achieving amazing feats. He decided in his early teens it was something he wanted to be a part of.

Henson joined the Navy immediately out of high school, intrigued by the idea of seeing the world. And he took his love of the Nike brand with him — Henson had a hobby of searching for unique Nike products when visiting foreign ports.

While serving in Orlando during the latter part of his nine years on active duty, Henson got his foot in the door with the company when he began moonlighting at a Nike store in Orlando.

Since then, he’s worked his way up through retail, sports and event marketing before taking his current position as brand director. In that role, Henson oversees brand development for field sports including football, baseball, softball and lacrosse. He builds relationships with partners such as the NFL and looks for opportunities to add new dimensions to the products.

His success in the workplace, however, hasn’t negated his desire to continue to do more.

“When you join the military right after high school, you make a choice to forgo the experience that friends and classmates choose, which is going to college,” he says. “When I entered the workforce and told people my story, I felt that while military service is certainly respected and appreciated, it should not be an excuse not to pursue higher education.”

It was also important, he says, to show his sons that you can always take on new challenges and strive to be better.

“One of my beliefs is also that life is not meant to be lived sequentially, meaning that you don’t need to close doors as you go — you can go back and revisit things that you may have missed initially,” he says. “You can go back and add dimension to your life.”

Henson says he chose Columbia College because he wanted an online program, and he was attracted to the school’s status as a military-friendly institution. The college’s military services, he says, helped him transition back into an educational environment.

“I truly enjoyed the experience of Columbia College,” he says. “I was looking for an experience that would bring some elasticity to my brain – to stretch it in new directions and also connect me to new groups of people – students who brought interesting perspectives to our classes and conversation, which I really enjoyed.”

Henson, who returned to the Navy Reserve in 2012, also appreciated the flexibility as he balanced school with work, family and military commitments.

Earning his Bachelor of General Studies in 2018 has been beneficial for many reasons, he says. He was able to set an example for his sons, as they understood the effort and dedication he put toward achieving that milestone. His experience as a college student, he says, also helped him achieve greater collaboration at work. And he credits his degree, in part, to achieving another life goal when he became a Navy officer last year.

“Now that I have the ‘education bug,’ I want to continue the momentum,” he says. “And now that I know what’s possible, the idea of continuing on is appealing to me. I think that lifelong learning is an important part of being relevant in today’s terms, and the process of the exchange of ideas and understanding are concepts that are well placed at work and home.”

His advice to others considering returning to school? Just do it.

“I would heartily tell anyone to do it,” he says. “Time is going to pass anyway, you may as well try and fill it with experiences that will add dimension to what you have to offer … If I can do it with a full-time job, being a dad and husband and serving in the Navy, anyone can do it.”