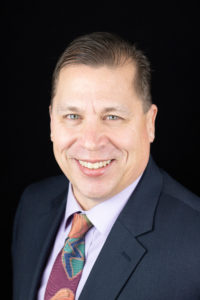 Columbia College Senior Vice President and Chief Operating Officer Kevin Palmer recently announced the hiring of Robert Boone as associate vice president for Columbia College Global-Military. In this role, Boone will oversee the operations of the college’s 18 venues located on military installations around the country.

“Robert brings a wealth of experience and expertise in navigating higher education and military opportunities and we are pleased to have him join our team,” said Palmer. “He will play a key role continuing the college’s strong relationship with the United States Armed Forces and overseeing the educational infrastructure we provide for our 7,300 students who are active-duty service members, veterans and their families.”

After an exceptional 26-year career in the U.S. Army, Boone retired as a Lieutenant Colonel and joined the Harry Truman VA where he was a training specialist. He then joined the Federal Emergency Management Agency as an emergency management specialist where he deployed to numerous disasters across the United States, including hurricanes Harvey, Irma, Maria and Matthew and an external affairs officer working strategic communications.

Boone was then promoted and moved to FEMA’s Region VII office in Kansas City, where he worked as a continuous improvement coordinator and planning and analysis specialist responsible for threat and hazard identification and risk-assessment for the states of Kansas, Iowa, Missouri and Nebraska. He has also served as an adjunct online professor for Central Methodist University and the University of Missouri from 2012-16.

Boone holds a Bachelor of Arts in History from Sam Houston University and a Masters of Arts in Military History, with a focus on Special Operations in Low intensity Conflict, from American Military University.

“The opportunity to join an institution that is passionate about serving members of the military is truly an honor,” said Boone. “I look forward to working with our location teams around the country to ensure we are offering the best student experience possible.”