Rogers family legacy dates back to early years of college 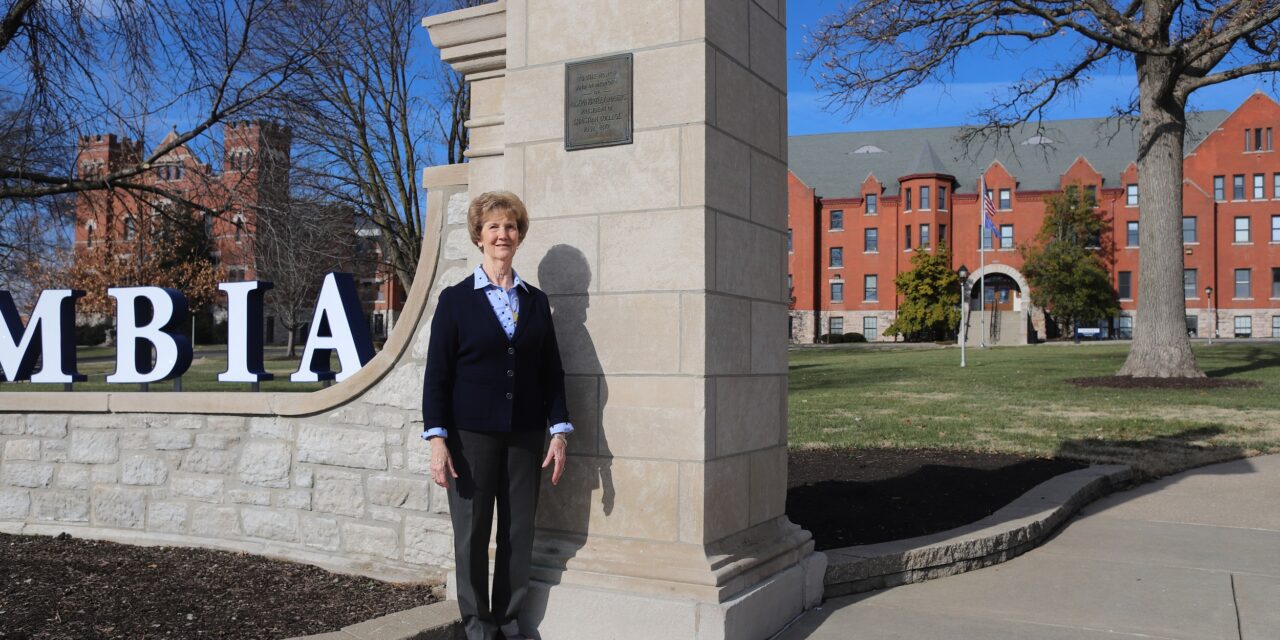 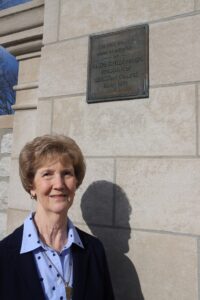 A 19th-century pistol hangs on the wall in the president’s office in St. Clair Hall, a gift from the family of Columbia College Board of Trustees Secretary Genie Banks Rogers to the institution.

The pistol once belonged to Rogers’ ancestor, Joseph Kirtley Rogers, who was the third president of then-Christian Female College from 1858 to 1877.

Back then, he used the pistol for far more practical matters than decoration.

“Family lore is that he shot squirrels and rabbits all over the property for rabbit stew, barbecued squirrel, multiple different dishes made of squirrel or rabbit he would get off the campus,” Genie said, with a laugh. “He was incredibly resourceful.”

Columbia College officially celebrated its Charter Day on Monday, January 18. This year marks the 170th anniversary of the day in 1851 when Christian Female College received its charter from the Missouri State Legislature.

Genie Rogers’ family has played a significant role in the history of the college, all the way back to the early years of the institution.

“It is very deeply embedded in my family. It’s really the reason that I live in Columbia, which I’m eternally grateful for that,” Genie said. “It’s a generational, intertwined history that goes way, way back.” 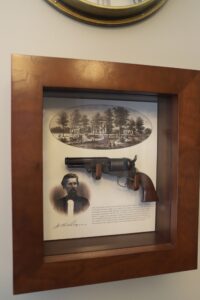 An 1858 Colt .31 revolver owned by Joseph Kirtley Rogers hangs on a wall of the president’s office inside St. Clair Hall.

As president, JK Rogers – her great-great uncle – helped ensure that Christian Female College remained open for classes during the Civil War, which was a remarkable feat.

Both Rogers Street and Rogers Gate are named for him.

Genie’s great-grandmother, Mary Elizabeth Rogers Banks, served as headmistress of the college after the Civil War. Her son, Hartley Hopson Banks, lived on campus with Mary Elizabeth and eventually married Rose Allison, who was the Christian College Class of 1883 valedictorian.

Genie still has her grandmother’s handwritten valedictorian essay. Hartley, her grandfather, proposed to Rose under an elm tree on Christian Female College’s campus.

“She was the oldest living graduate when the college celebrated their centennial (in 1951),” Genie said. “In the same spot, she replanted a new elm tree.”

Hartley G. Banks Sr., Genie’s father, was president of the college board of trustees from 1948 to 1971, a consequential period of the school’s history during which it became coeducational and changed its name to Columbia College. Banks Hall and the Hartley G. Banks Sr. Scholarship – given to students who are Boone County residents and based on high academic performance and service to the college – bear Hartley’s name.

Some of Genie’s earliest memories prominently feature Christian College, such as when she served as the trainbearer for the May Queen at the Ivy Chain Ceremony.

“There were lots of pretty dresses and pretty girls. For a 5-year-old, it was big stuff,” Genie said. “I remember going over there an awful lot as I was growing up.”

Her husband, David Rogers, was on the board of trustees from 1972 to 1982 – serving as president from 1980-82 – and successfully campaigned against an effort to rename Rogers Street.

He took Genie’s family portrait of JK Rogers to a city council meeting, mounted it on an easel and told members that, if they wanted to change the name of the street, they would have to look JK Rogers in the eye as they did it.

The measure did not pass. The moment was memorialized on the front of the Columbia Daily Tribune.

“It’s a special spot in the family, the connection with the school,” Genie said. “We treasure that. The whole family does.”

With her history and deep reverence for the college, Genie takes her current roles with the school very seriously.

As the main contact for the scholarship in her father’s name, she enjoys seeing firsthand the effect her family’s philanthropy has on current Columbia College students.

In the third year of her term on the board of trustees, she is excited to play a governing role in where the college is headed for the future.

If she ever needs any reminders about Columbia College’s past, all she has to do is look toward the portrait of her great-great uncle on the walls of St. Clair Hall. Or seek out his pistol.

“From my upbringing and involvement all the time I was growing up with the school, I feel a strong commitment to see that it’s headed in the right direction,” she said.